Philip BrahamA Wind from the North

Apparitions abound in the series of paintings by Philip Braham collectively titled A Wind from the North. In one, a bright object in the sky is identified as a falling angel, but might equally be recognised as a missile, a distress flare, a shooting star, or even a piece of space debris burning-up as it enters Earth’s atmosphere. In the recent painting, The Cailleach of Moher, a tiny figure of the mythical witch plunges towards the crashing waves beneath the Cliffs of Moher, after a failed attempt at flight. In another, Spectral Vision on High Ground, we see the mysterious shadow of a figure encircled by light, shimmering in the misty distance: the shadow of the viewer him/herself is cast into the painting, just as it might be if they were to witness the disconcerting phenomenon of the Brocken Spectre in reality. The myth of The Big Grey Man of Ben Macdui arose from such an encounter: a looming grey shadow that followed its victim as they moved, appearing only to the individual it sought. Even in a group, each person would see only their own silhouette before them, like the ghostly presence of death walking with them. Mirrorpool shows a landscape upside-down, reflected on the surface of a slow-moving river. The river is a metaphoric reference to the journey our lives take from source to sea, birth to death, and in this painting a photograph floats downstream: a precious moment frozen in time that is itself susceptible to the currents of time. The same photograph appears in the large canvas Between Worlds, and here we can see it more clearly: it depicts carefree young lovers walking down a street together. The courting couple are the artist’s parents, and the painting was made shortly after the death of his father. Leaves lie on the surface, and beneath are the dark shapes of earlier fallen leaves, so we come to realise that this is a painting that reflects on time, memory, life and death. Figures appear rarely in Braham’s work, but an encounter with a homeless man bathing in the Water of Leith at dawn left a lasting impression that led to a series of paintings that dwelled on the fate of Ophelia, not in the violence of drowning, but in an otherworldly drift from reality. Thus Dreaming Ophelia and Ophelia Going Under are not narratives at the horizon of death, but rather the surrender to a subconscious world. Questions about the reliability of our perceptions of reality are again at stake, and this is echoed throughout the works presented here. Storm Clouds over Stanley and 21st Century Sublime show the sudden, silent appearance of a fighter jet on a training exercise in Perthshire and the Cairngorms respectively: walkers are accustomed to their intrusion in Scotland’s landscape, but we do not fathom the absolute terror and destruction of which they are capable. They are a spectacle for us, but a terrible angel of death for others. And this notion of what The Sublime means for us today is at the heart of A Wind from the North: we have largely come to dominate nature, so the original definition of The Sublime as a terrifying sense of awe before the power of nature in Romantic literature and painting seems exaggerated now, but what does terrify us are those things that we cannot control: losing our mind, our memory, our grip on reality. Braham has explored this territory for the last ten years, as these paintings demonstrate across a variety of themes, but they are realised as ambiguous and poetic visions that invite reflection and interpretation from the viewer, each bringing their own history to their understanding of these images.

Giles Sutherland review in The Times

Jan Patience review in The Herald 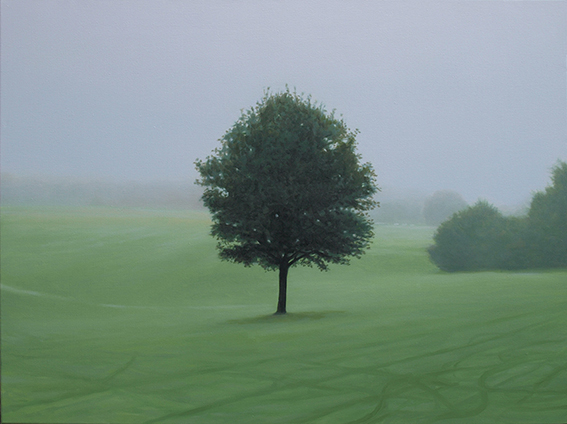 Traces in the Dew 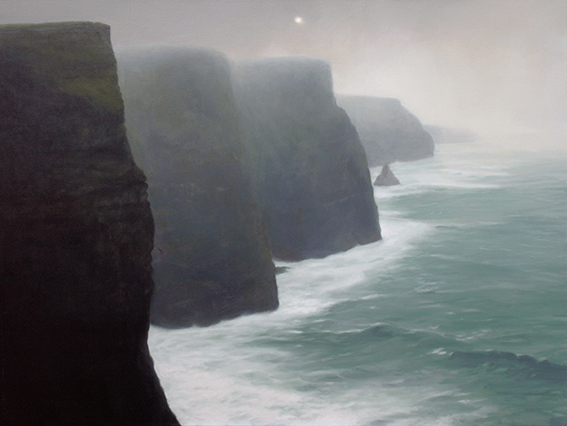 The Cailleach of Moher 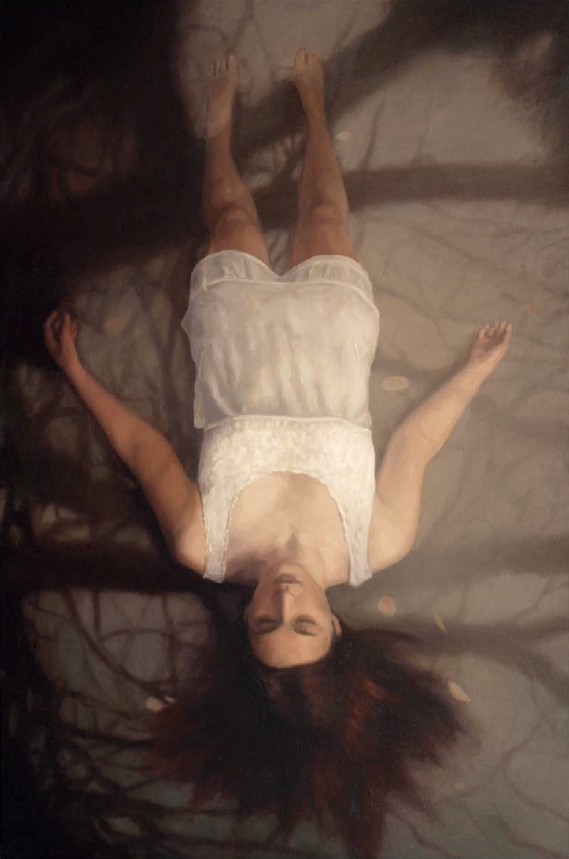