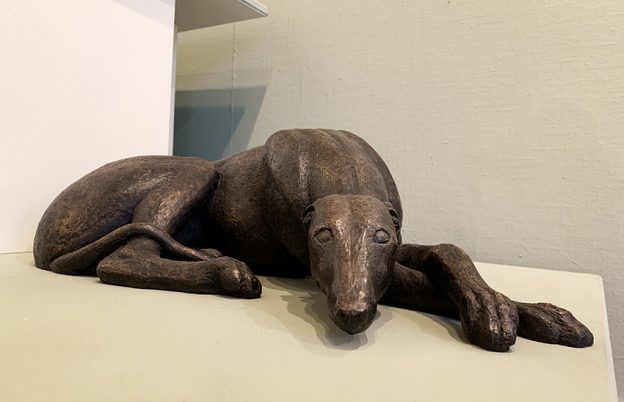 Elizabeth Waugh was born in 1929. She attended Reigate Art School for two years, having gained a scholarship at the age of 15. She then attended Goldsmiths College in London, where she specialised in sculpture. After Goldsmiths, she spent two years at the Anglo French Art Centre in London, where she worked under the tutelage of sculptor Sean Crampton. Here she had the benefit of prestigious visiting tutors who criticised student`s work in exchange for exhibitions of their work held at the centre. These included Leger and Henry Moore, amongst other notable names.

Although over 80, Elizabeth works with as much enthusiasm and energy as she ever has and still follows her great love and fascination of human and animal forms in her creative endeavours. She finds that her desires to experiment and further her creativity or to exhibit widely are not in any way marred by her age.