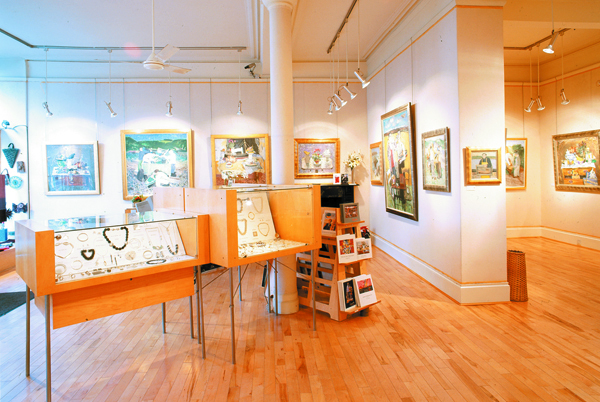 The Roger Billcliffe Gallery is Scotland’s largest private gallery, occupying five floors of an early 19th century building in the heart of Glasgow.

The Gallery opened in 1992, taking over the building formerly occupied by the Fine Art Society plc where Roger Billcliffe had been Director since 1979. The Gallery now specialises in exhibiting the best of Scottish contemporary and 20th century painting and also displays a wide range of contemporary applied arts – ceramics, jewellery, metalwork, silver and glass.

The Roger Billcliffe Gallery is a participant in the Scottish Arts Council’s “Own Art” interest free loan scheme for loans up to £2,500.

In addition, Roger Billcliffe’s own interests in the work of Charles Rennie Mackintosh, the Glasgow Boys and the Scottish Colourists, on whom he has published widely, are reflected in the many private and public sales and consultancies which the Gallery undertakes.

The Gallery also undertakes valuations, restoration and framing and is able to act as adviser to individual and corporate collectors on the development of their collections.