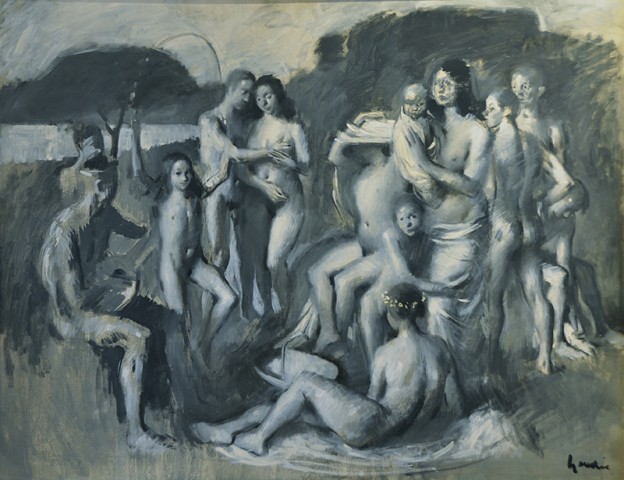 Boats on the beach, low tide

Alexander Goudie RP. RGI. (1933-2004) is widely acclaimed as having been one of Scotland’s finest figurative painters.
Goudie was born in the Renfrewshire town of Paisley in 1933. He studied at the Glasgow school of Art under William Armour, David Donaldson and Benno Schotz. For many years he was a tutor at the school, before dedicating himself to his own studio work.
As a portraitist his sitters included Her Majesty Queen Elizabeth II, Lord Chancellor Lord Mackay of Clashfern, Billy Connolly and a host of other figures drawn from the worlds of politics, commerce and entertainment. Although he achieved great renown as a portrait painter Alexander Goudie distinguished himself in a range of other creative spheres.