David Donaldson was born in Lanarkshire and studied at Glasgow School of Art from 1932 to 1937. He was awarded a Travelling Scholarship to Florence and Paris which he fitted in around his part-time teaching at GSA 1938-44. He took on a full-time position from 1944 and became the highly influencial Head of Drawing and Painting there from 1968. Donaldson was appointed Her Majesty’s Painter and Limner in Scotland from 1977 until his death in 1996. With a scope of subjects covering still life and landscape as well as literary, biblical and allegorical subjects – not forgetting being a leading portrait painter. 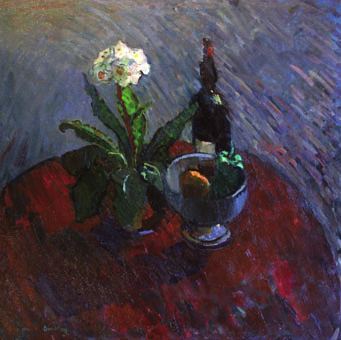 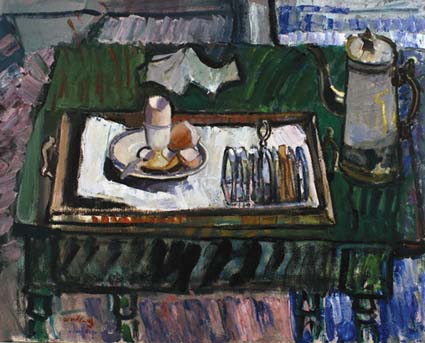 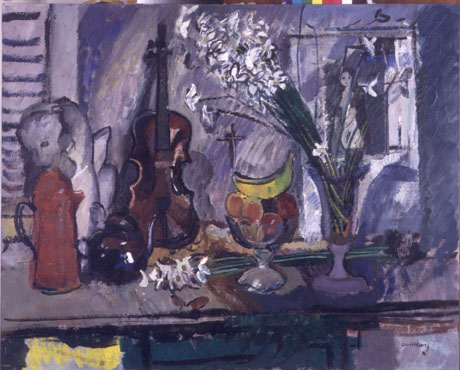 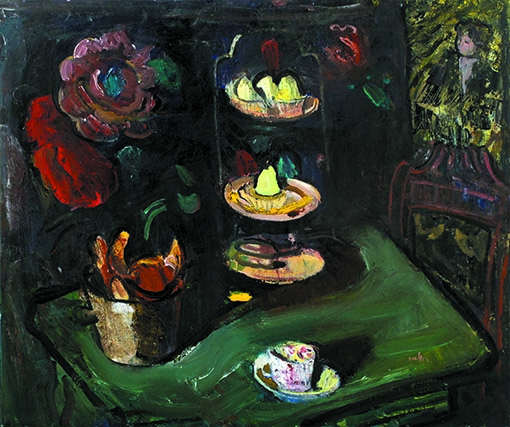 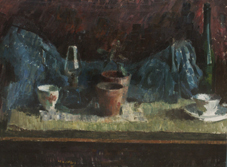