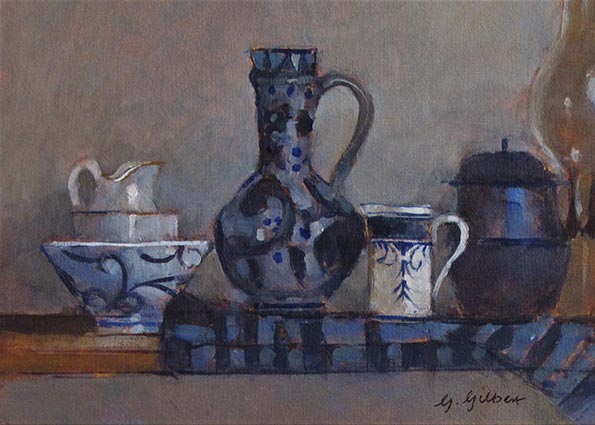 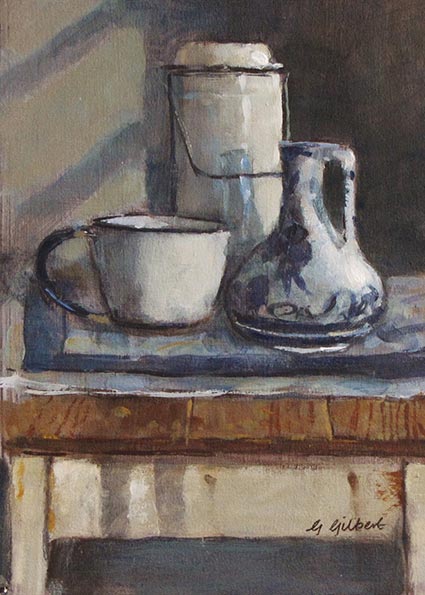 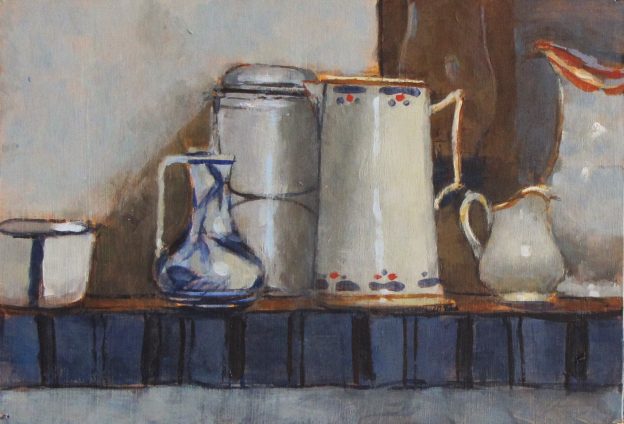 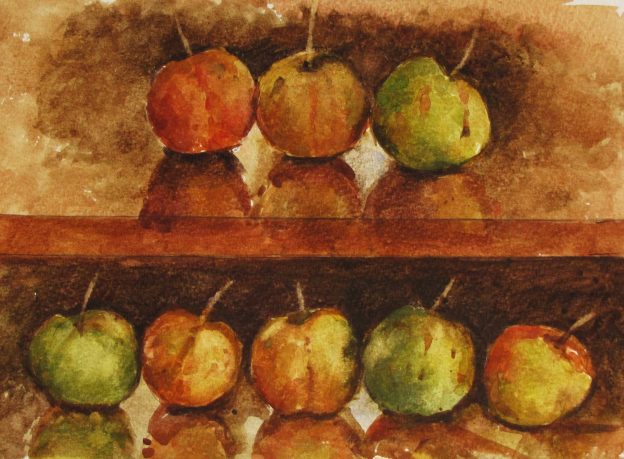 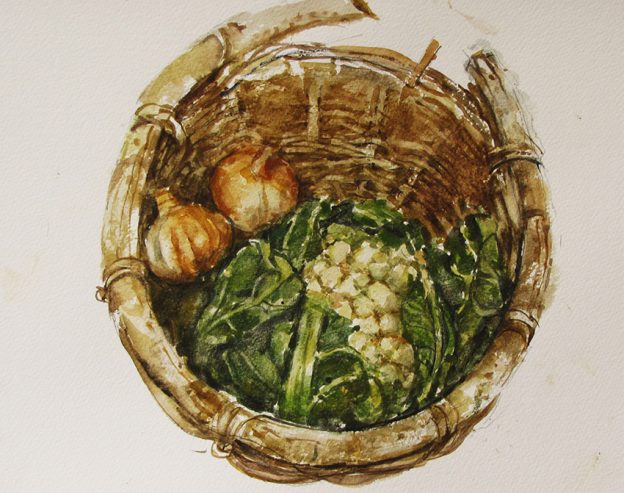 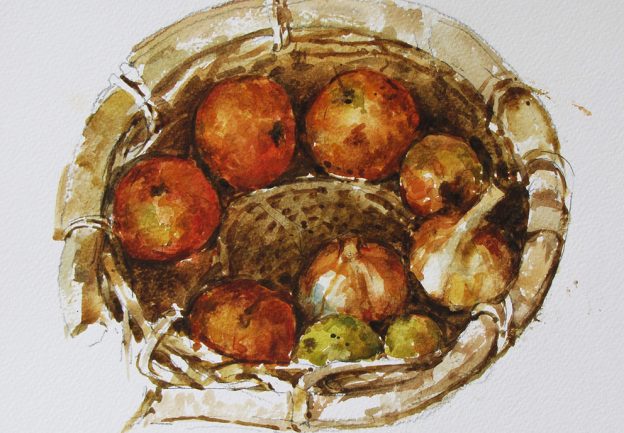 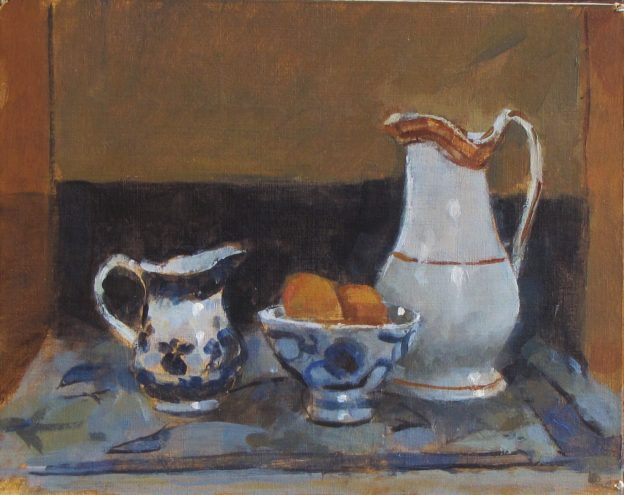 George Gilbert was born, grew up and was educated in Glasgow. He trained at Glasgow School of Art 1957-61 under William Armour & David Donaldson (1957 – 61) followed by a year of post graduate study (1961-62). For the next 25 years he taught in schools in Aberdeenshire, Glasgow & Fife before, in 1989, he took early retirement and began to paint full time.
He has exhibited widely in the UK with many solo shows as well as group and mixed exhibitions including the RSW, RSA and the RGI, the Cleveland Drawing Competition, the Sunday Times Water Colour Competition and the RSW summer open. 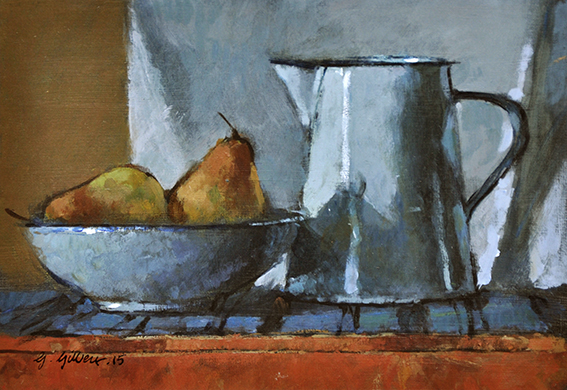 Jug and Bowl of Pears 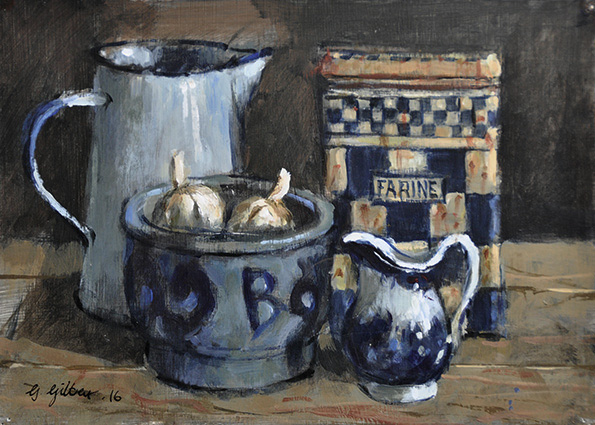 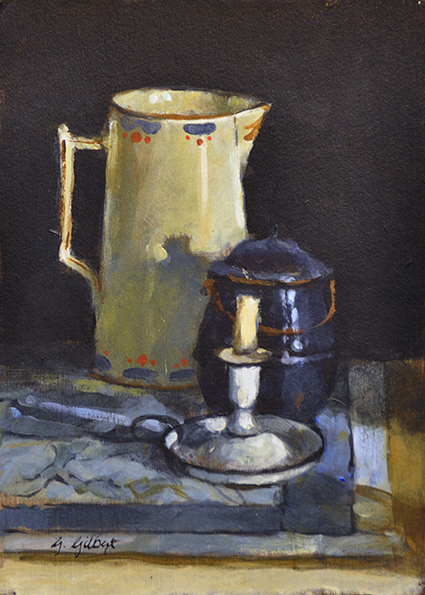 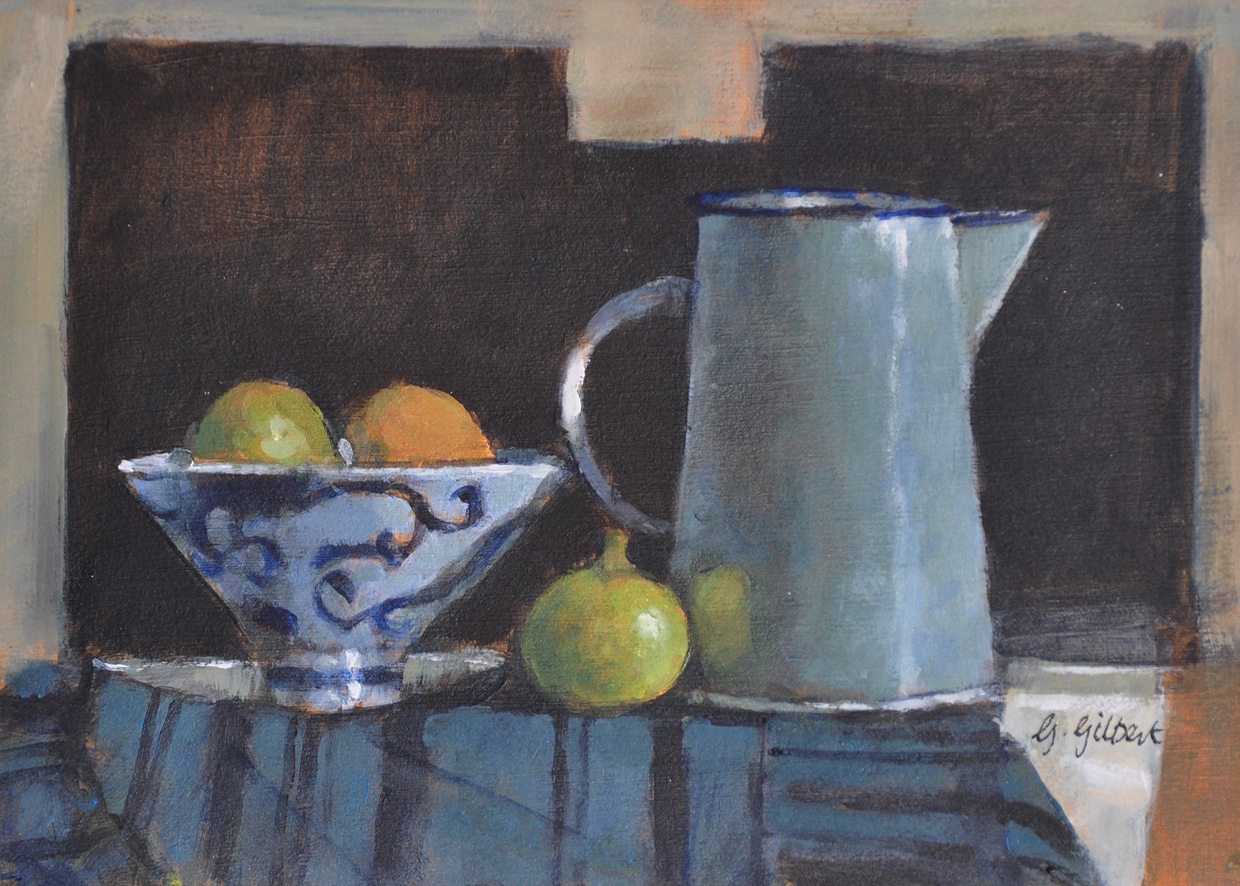 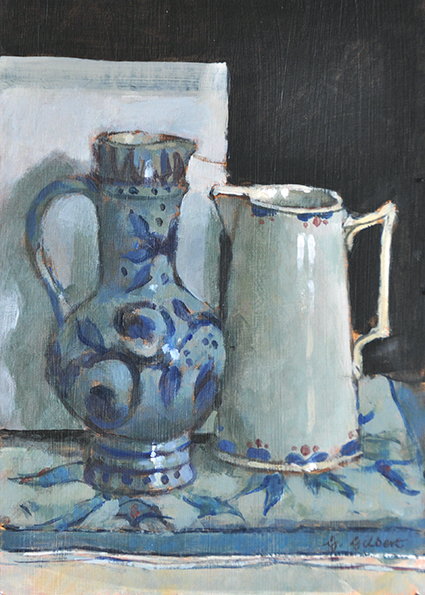 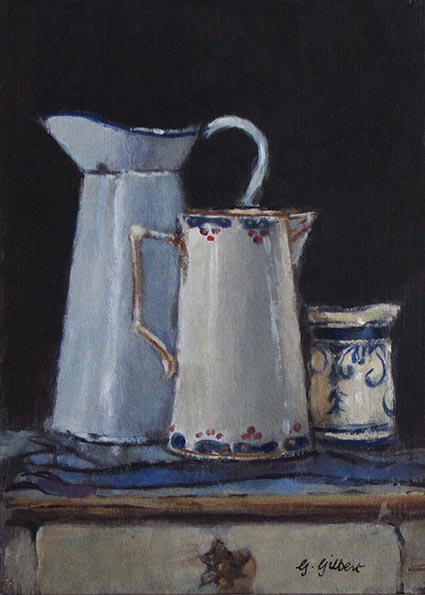 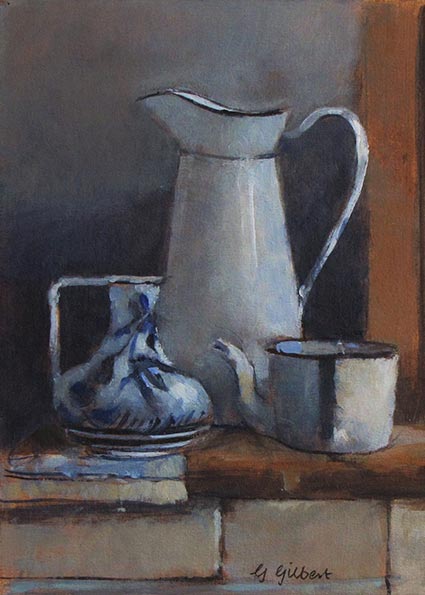