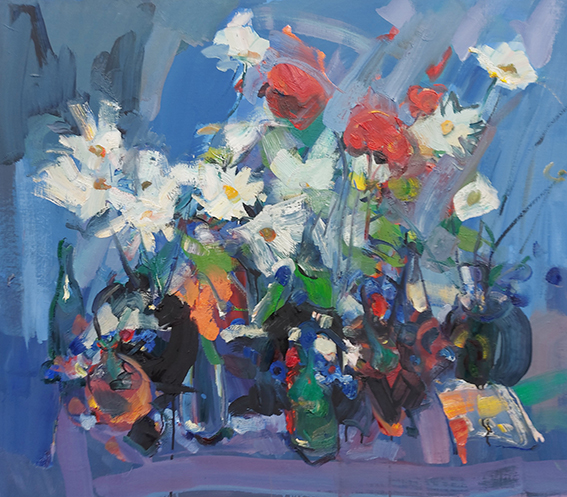 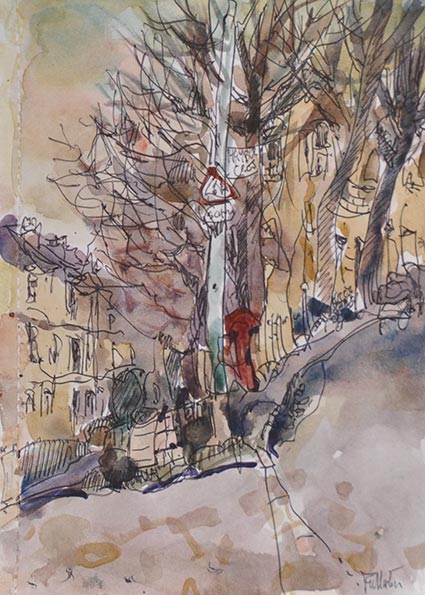 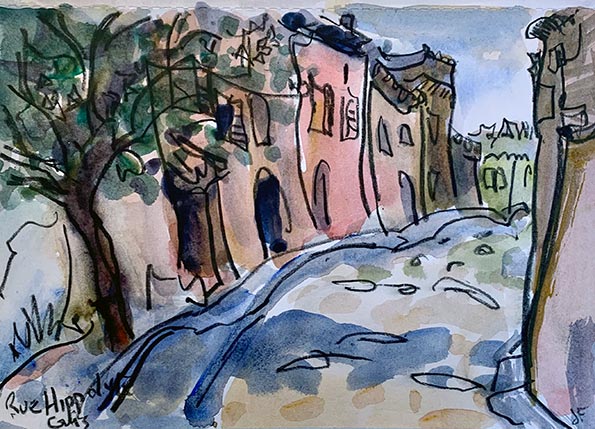 James Fullarton is essentially a modern day Colourist, he enjoys painting in the west of Scotland, using a broad palette with colour always the dominant feature. His subject matter includes landscape, portraiture and still life executed in both oil and acrylic. He is best-known for his wonderful still lifes of poppies, marguerites etc vigorously rendered with broad, powerful strokes on large canvases. They speak as much of the process of painting itself and of the feelings this brings out in the painter, as it does of the source of inspiration and colour before him.
He also paints the landscape around him in a manner that hovers on abstraction at times, and captures the exposed openness of the broad fields he sees. 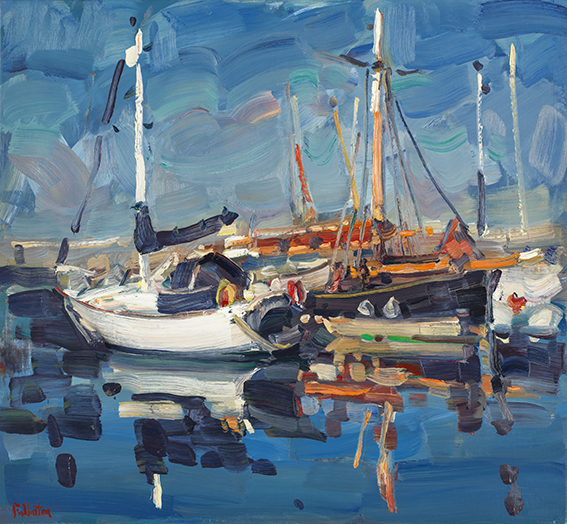 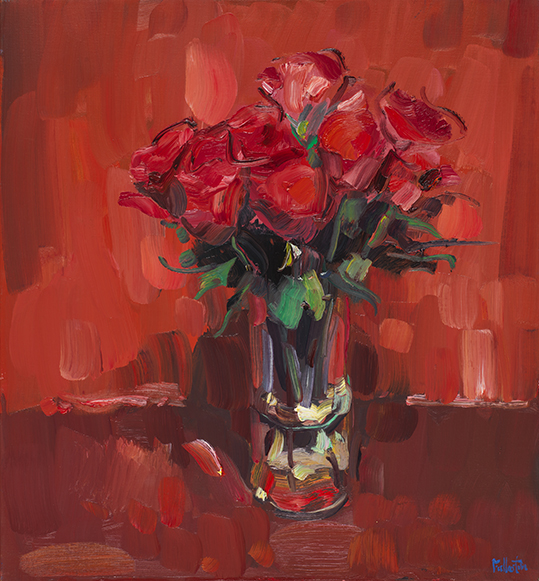 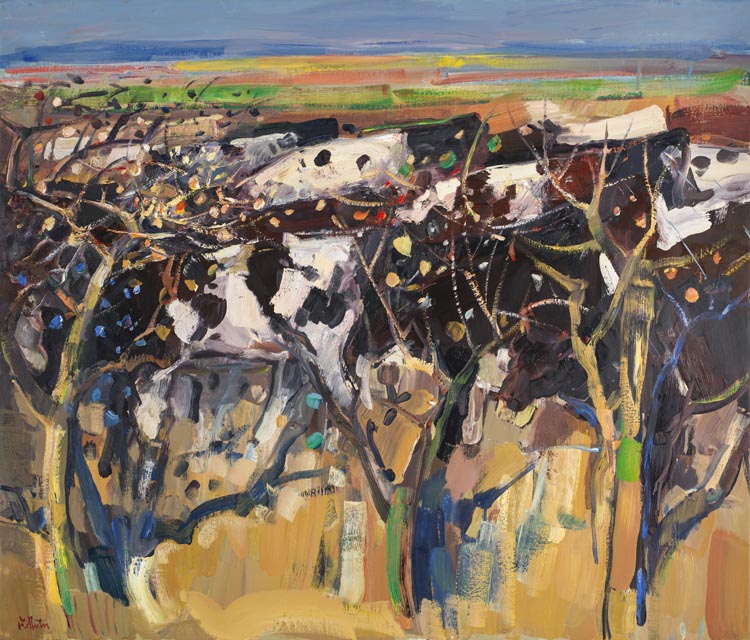 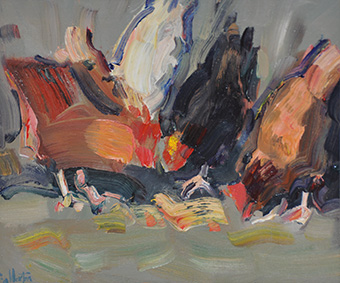 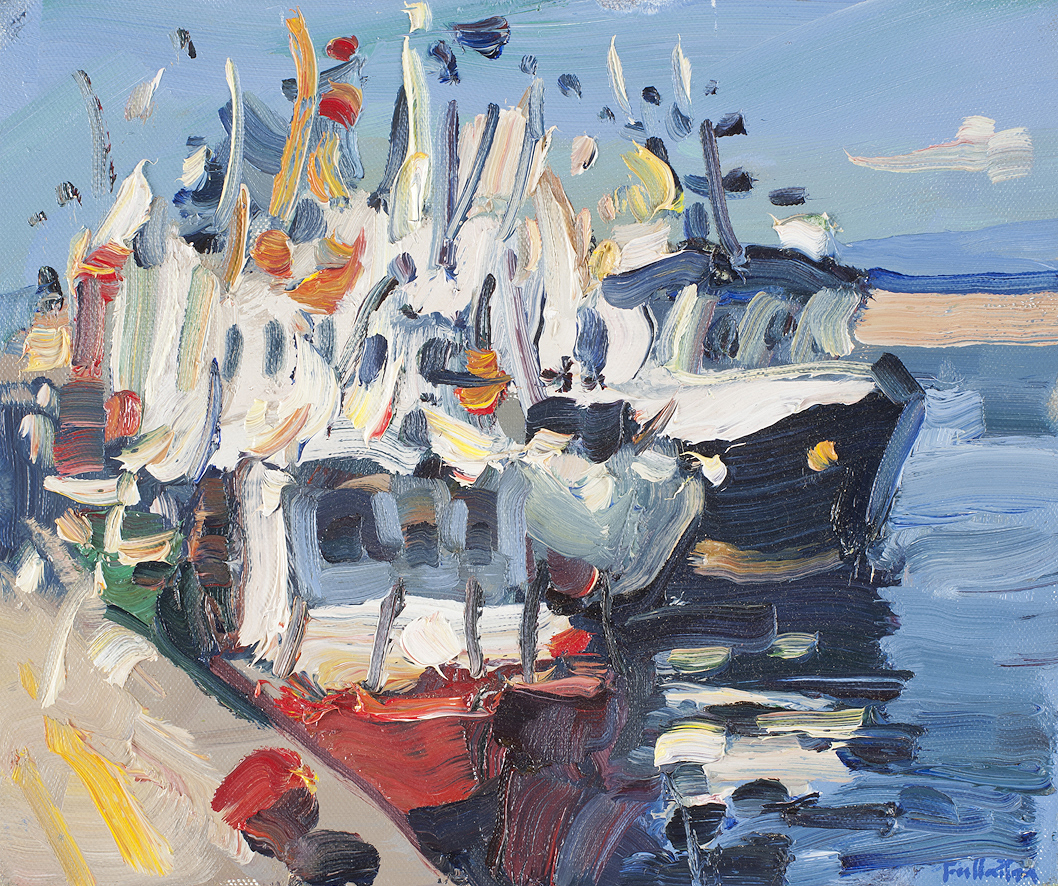 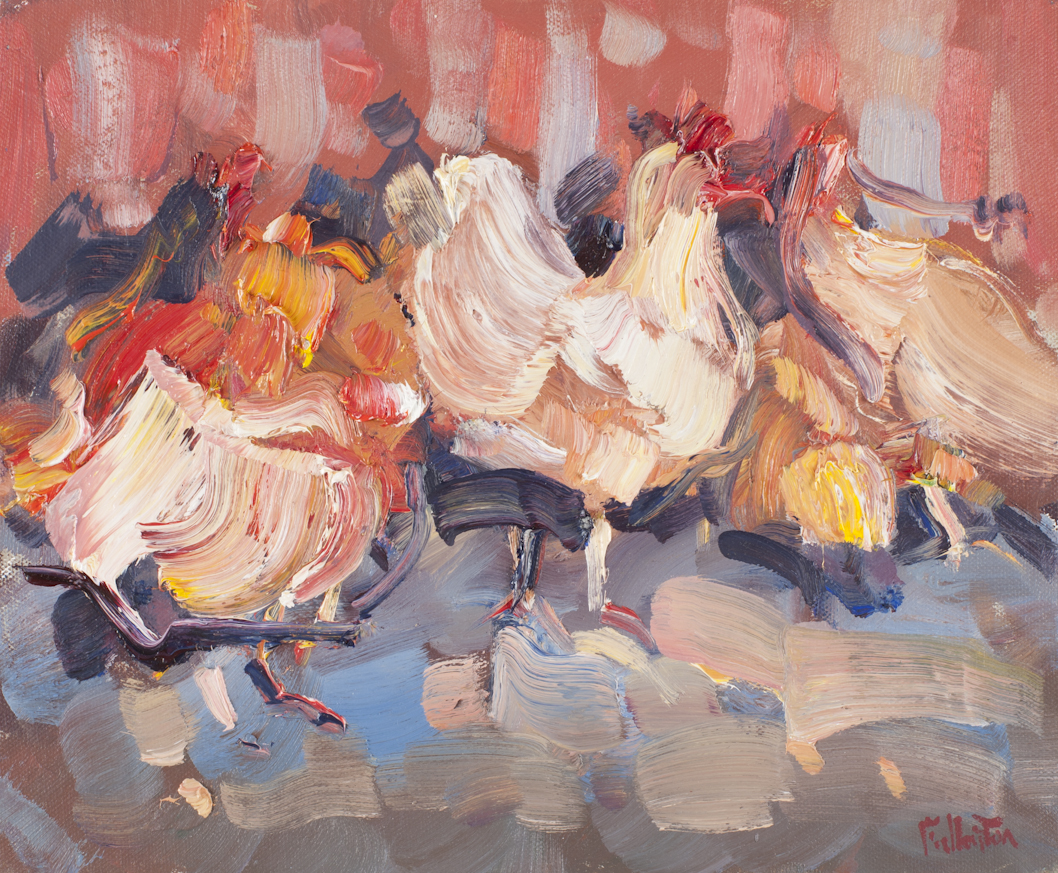 Hens in the Yard 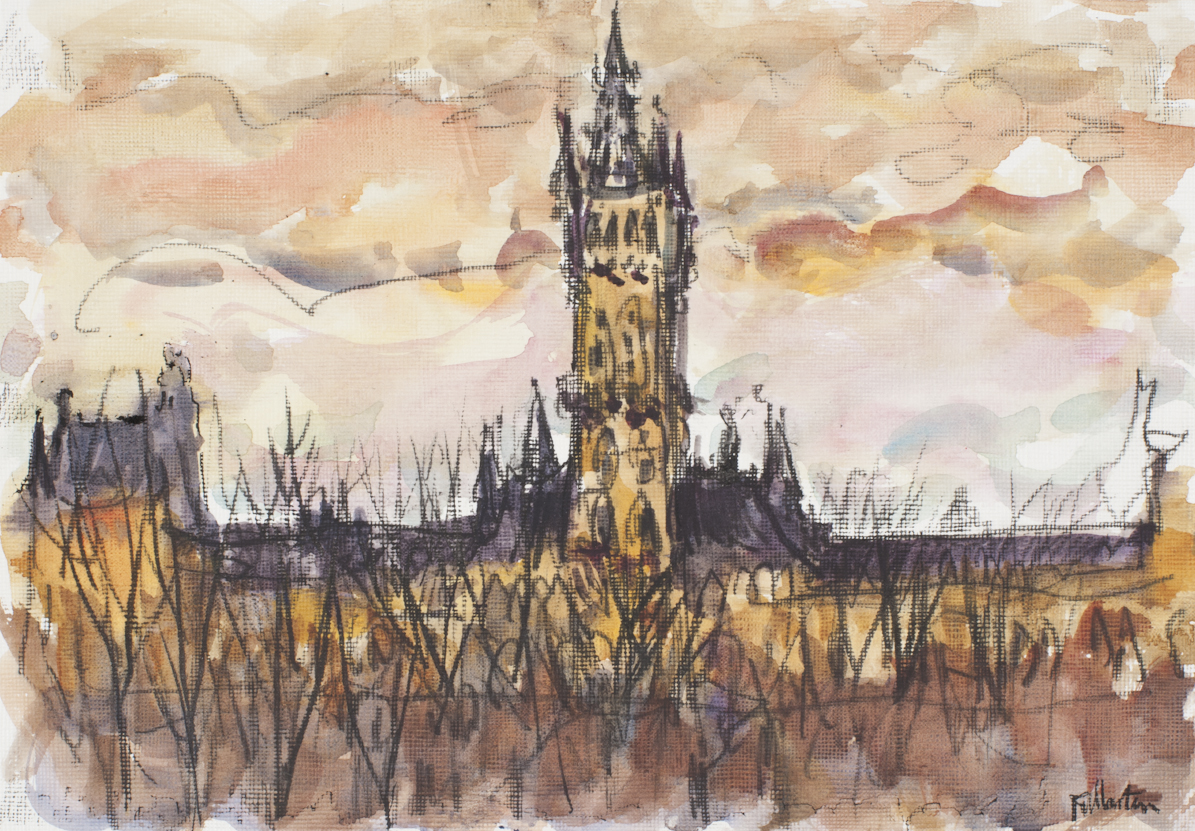 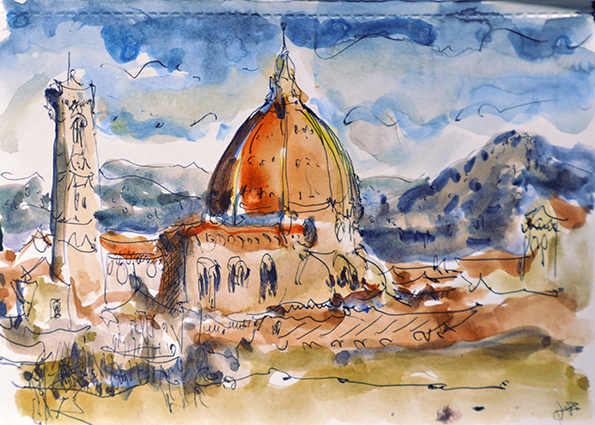 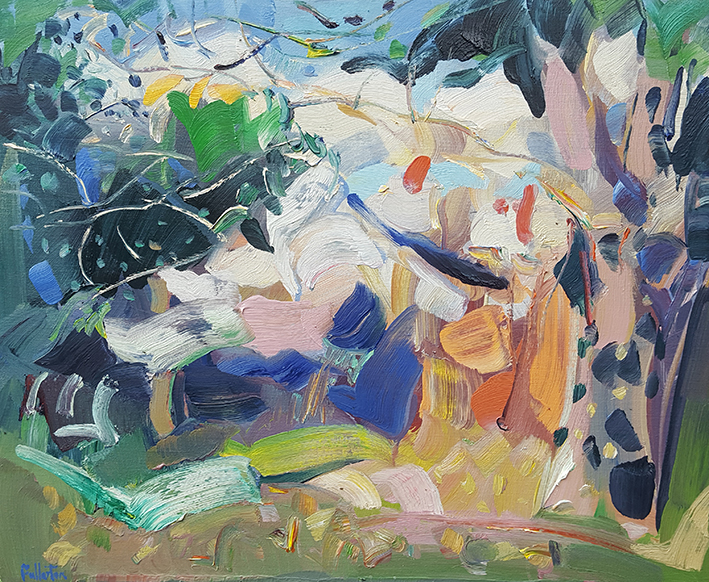 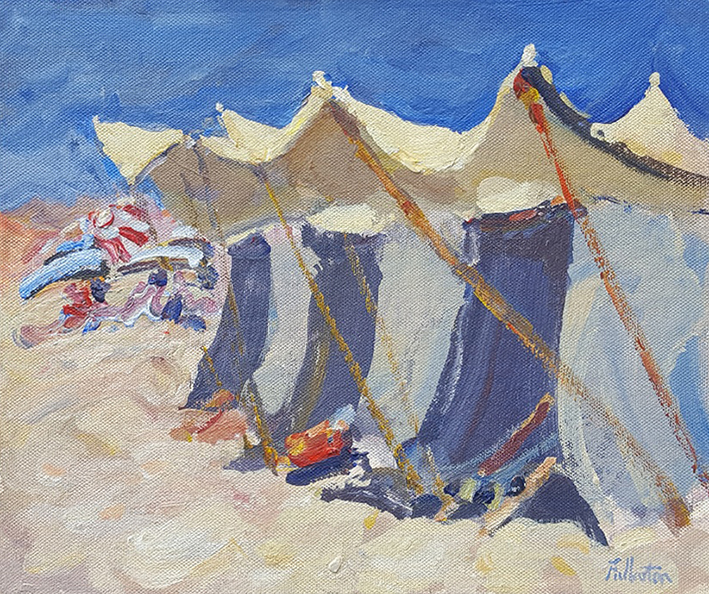 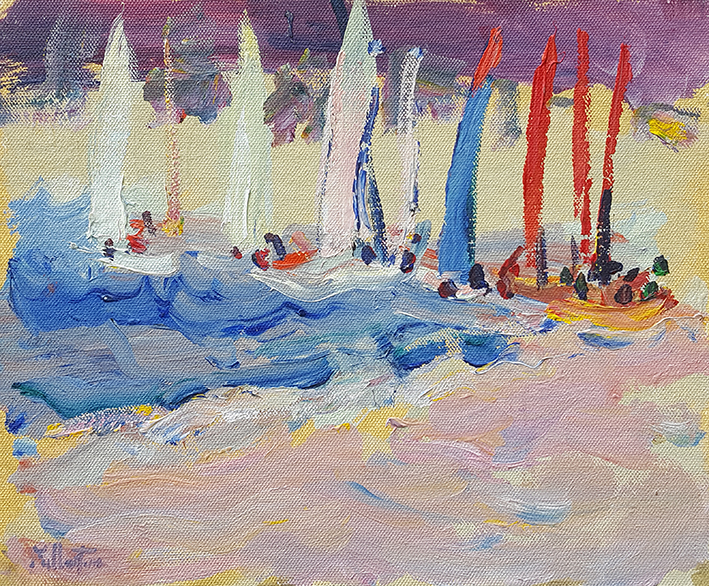 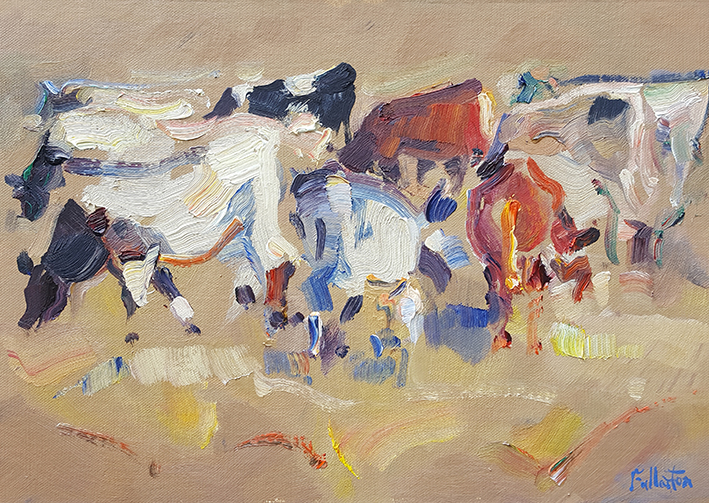 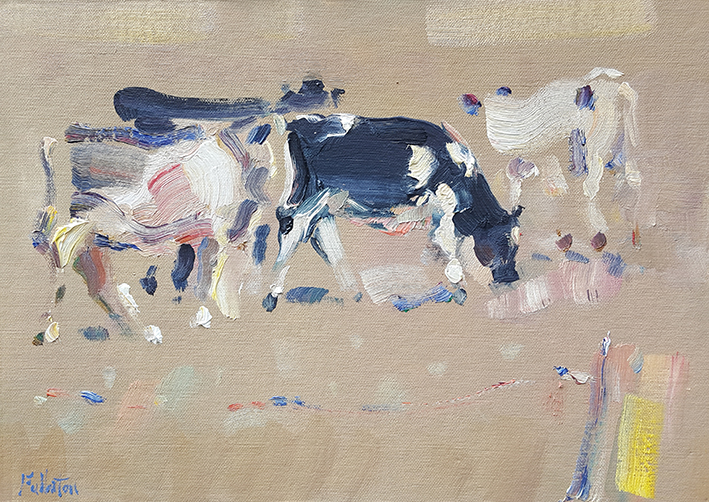 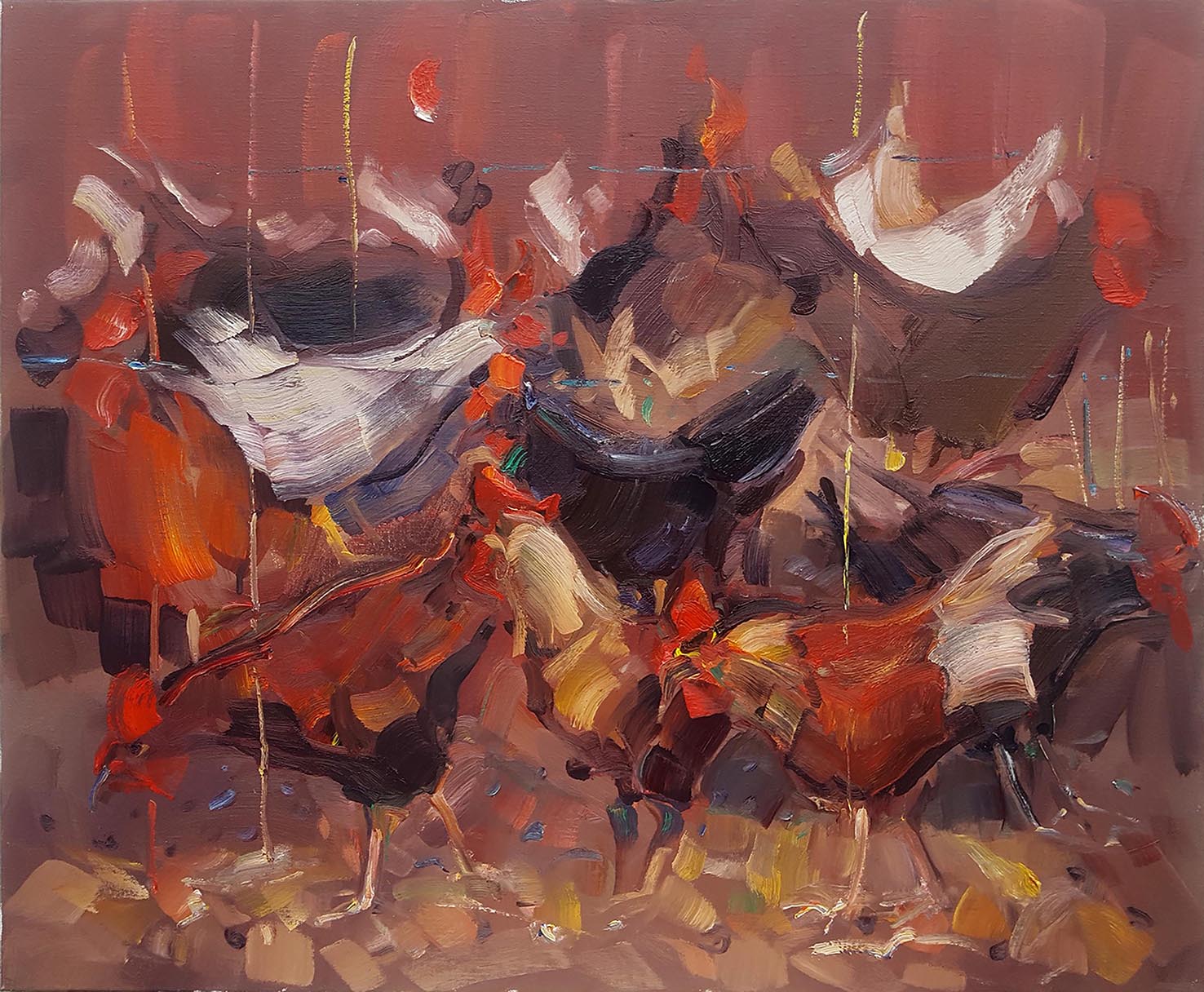 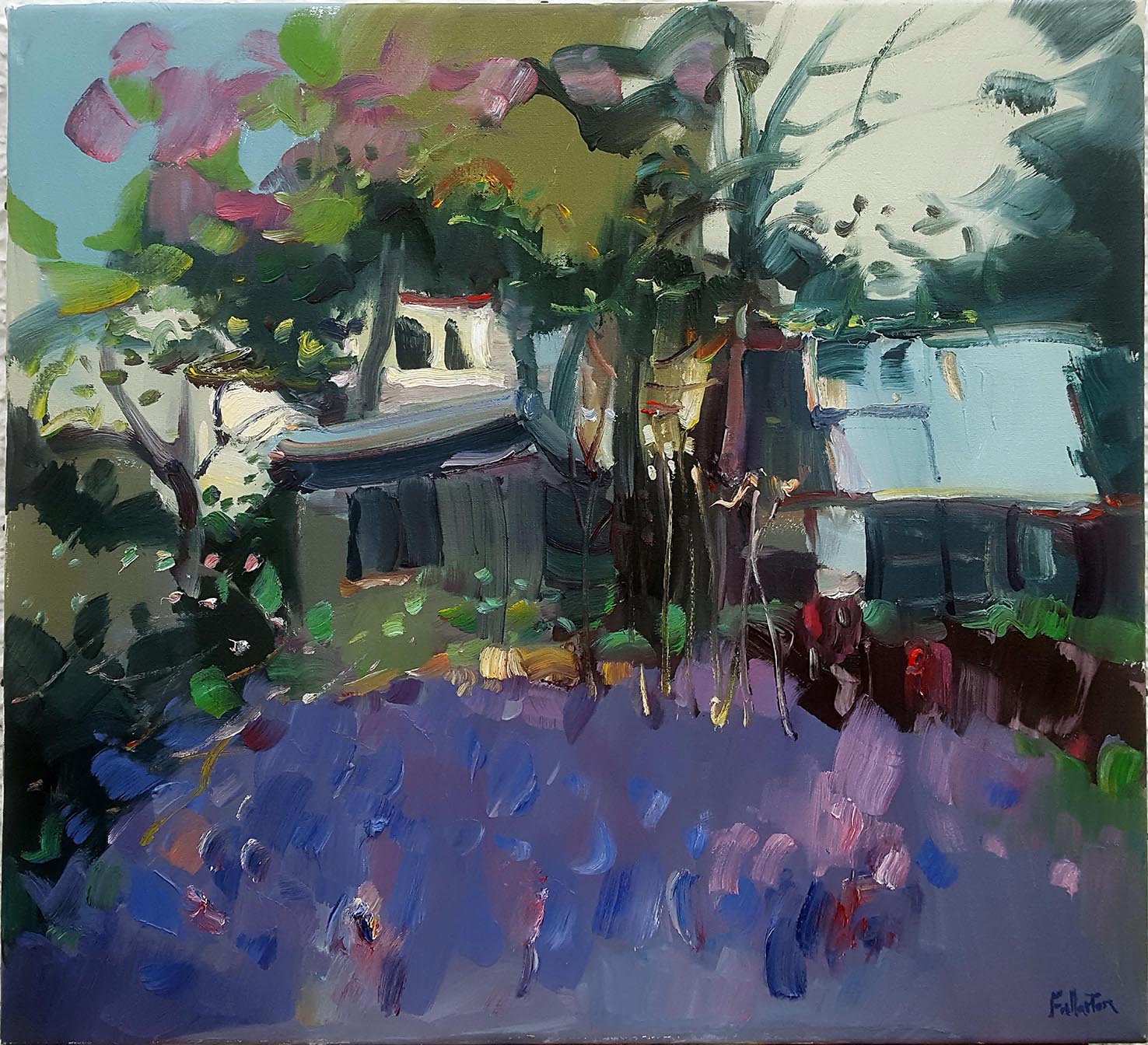 Hens among the daffodils 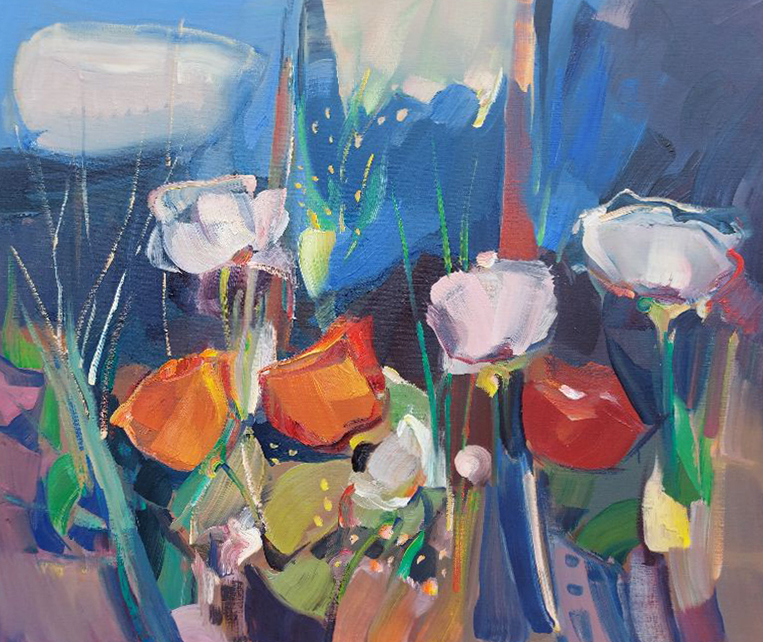