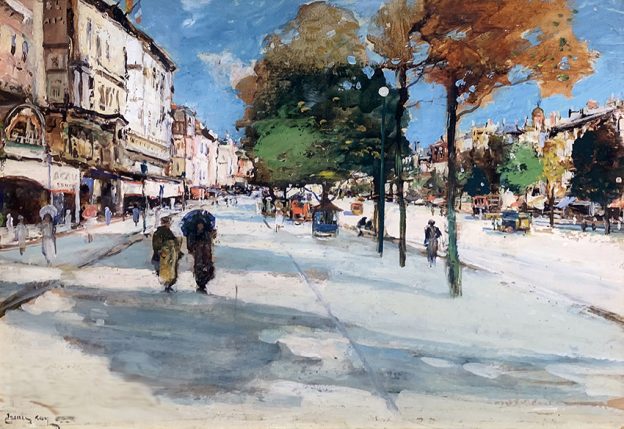 On the Boulevard, Paris

Primarily a landscape artist, Kay is best known for his portrayals of “the glory of the busy shipping reaches of the Clyde”. He showed great originality, influenced by the emergence of impressionism of the 1880s.

Active from the late 1880s, Kay achieved regular recognition at exhibitions in Europe. He exhibited at the Salon in Paris in 1894, and at 1895’s La Libre Esthétique in Brussels was awarded an honourable mention. In 1903 his painting Toil and Grime was awarded the silver medal at the Société des Amis des Arts in Rouen, while another work, River of the North, won the gold medal at the Paris Salon. In 1907 his painting Launch of the Lusitania was purchased by the Corporation of Glasgow for the city’s art collection.