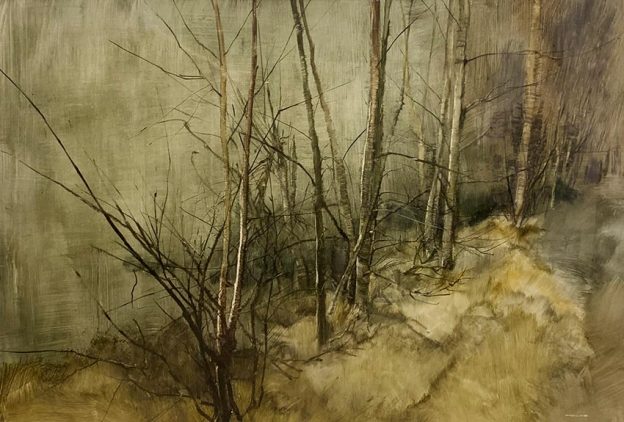 Born in Glasgow in 1932, Morrison studied at Glasgow School of Art from 1950-4. After a brief spell in Catterline in the early 1960s, Morrison settled in Montrose in 1965, joining the staff of Duncan of Jordanstone College of Art in Dundee the same year. He resigned from Duncan of Jordanstone in 1987 to paint full-time and since then his work has been exclusively available through The Scottish Gallery. Whole-heartedly a landscape painter, his main working areas are the lush, highly-managed farmland around his home in Angus and the rugged wildness of west coast Assynt. As well as Scotland, Morrison has had extended painting trips to Africa, France, and Canada, including three trips to the Arctic in the 1990s. A suite of his Arctic paintings were recently acquired and exhibited as part of a major exhibition, Among the Polar Ice at The McManus in Dundee (September 2019 – March 2020).