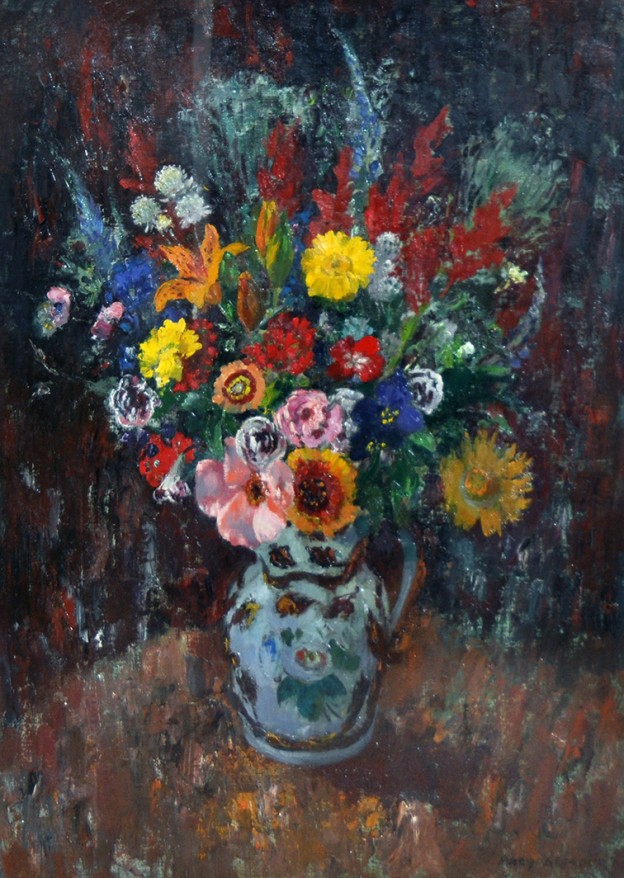 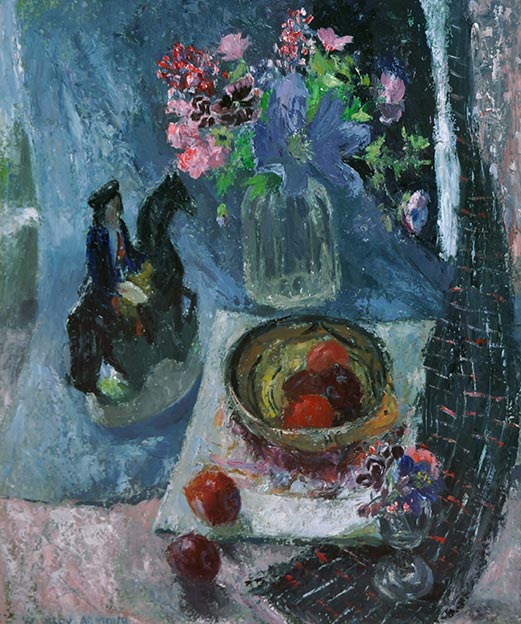 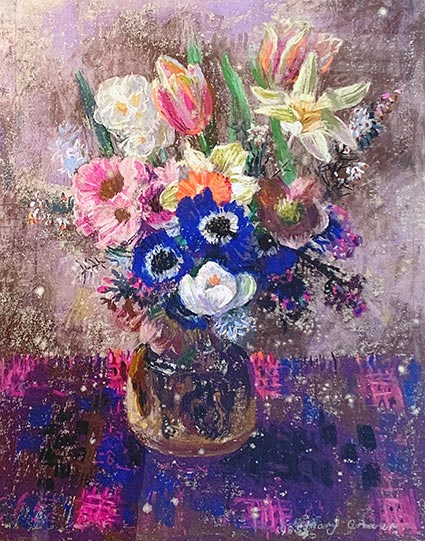 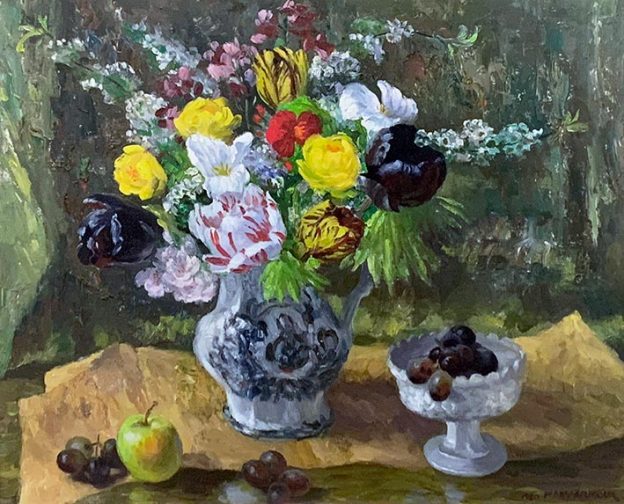 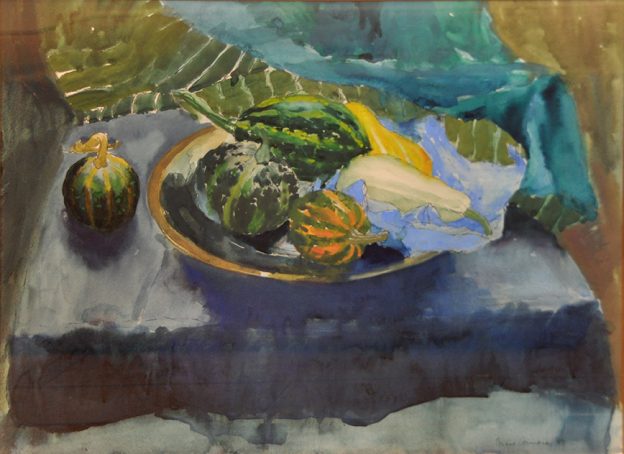 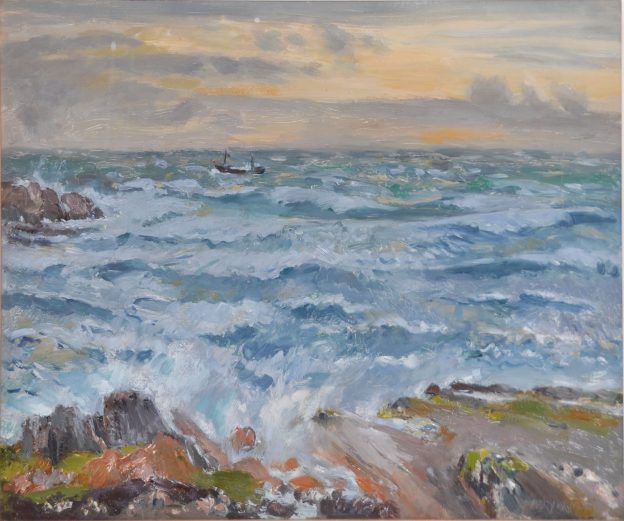 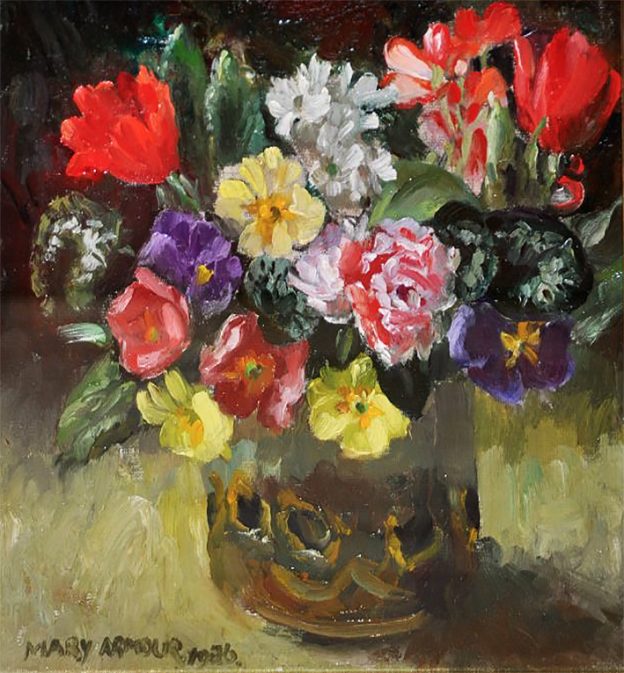 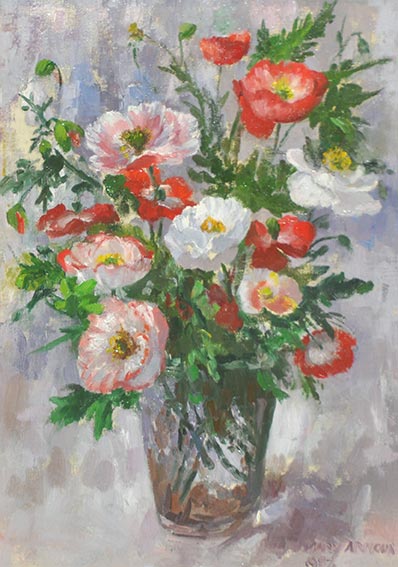 Armour exhibited at a number of prestigious institutions from the 1930s onwards, including the Royal Academy, Royal Scottish Academy, Royal Scottish Society of Painters in Watercolour, Scottish Society of Artists, and Glasgow Institute of the Fine Arts. She was awarded the Guthrie prize at the Royal Scottish Academy in 1937, and in 1941 she was elected an associate at the Academy. In addition to her art practice, Armour was a lecturer in still-life painting at the GSA from 1951 – 1961. 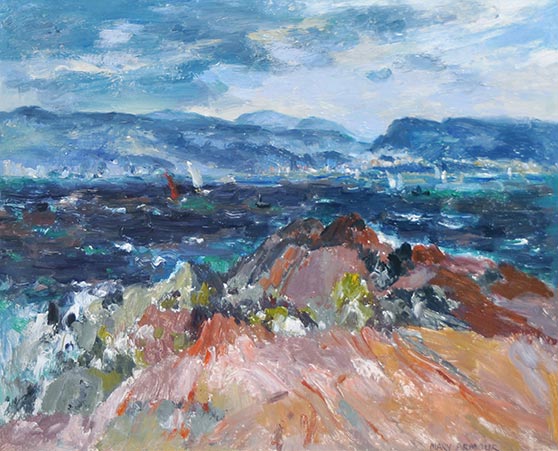