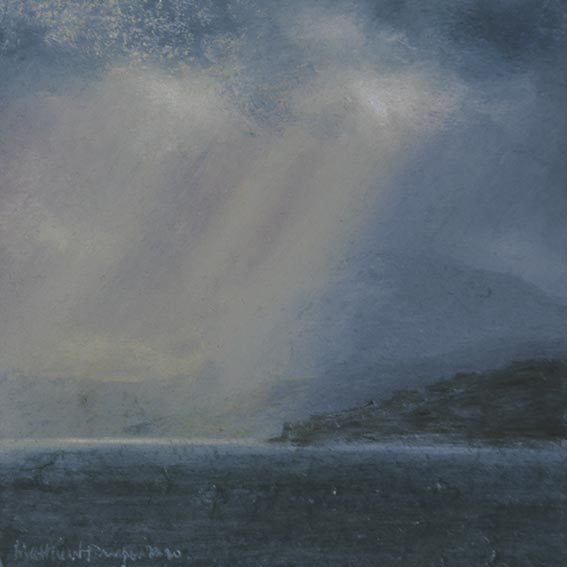 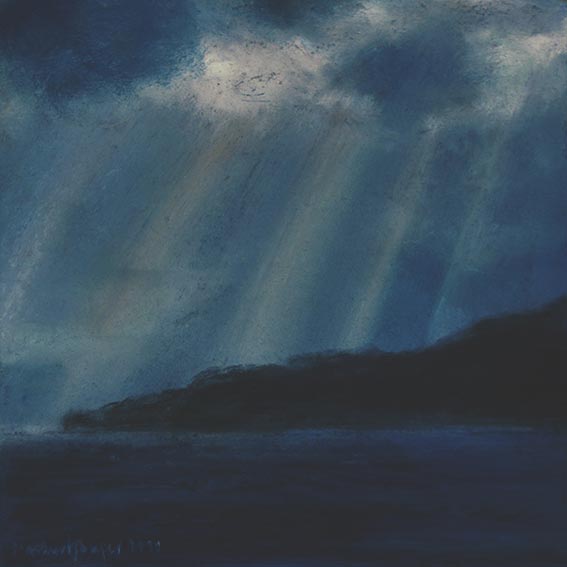 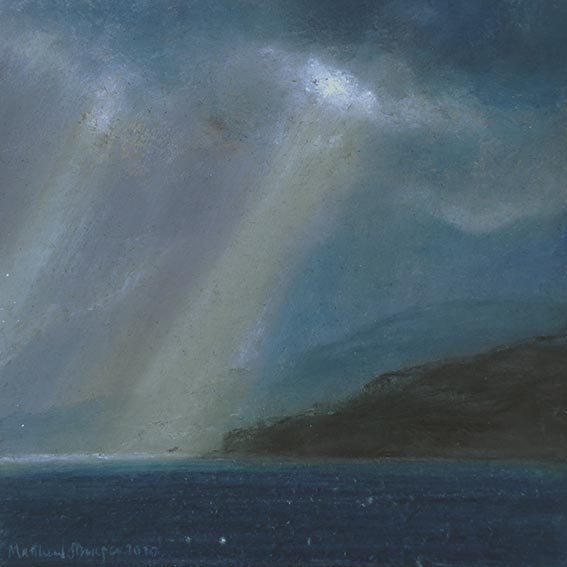 Cascade, from Sconser to Raasay (part 14) 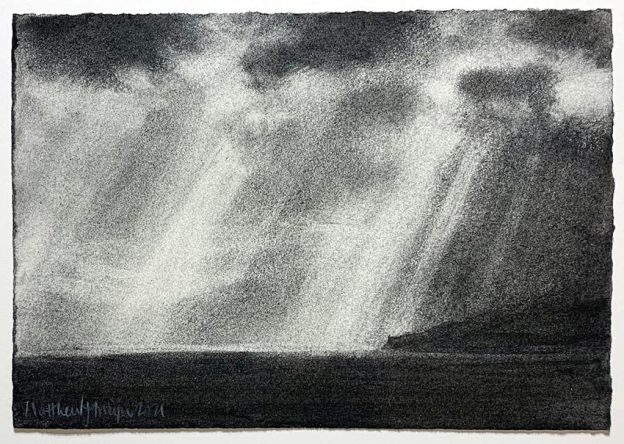 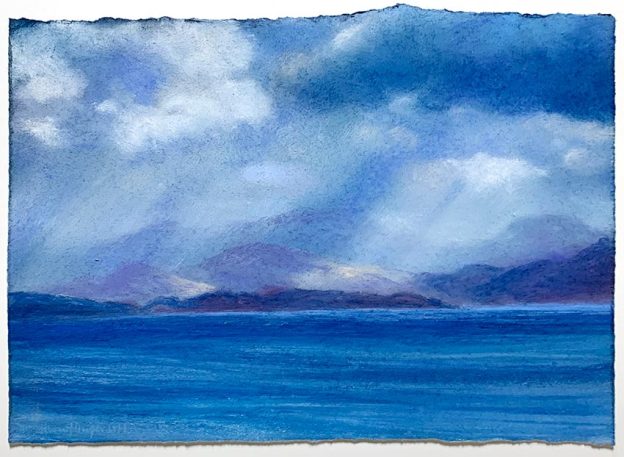 Its a Beautiful Morning Kilchoan Bay 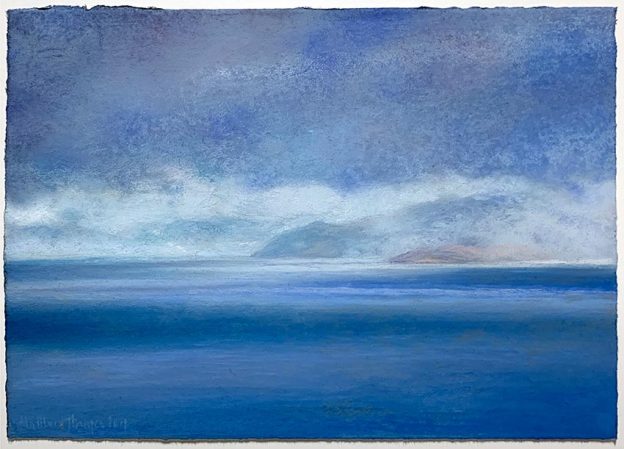 From Oban to Mull 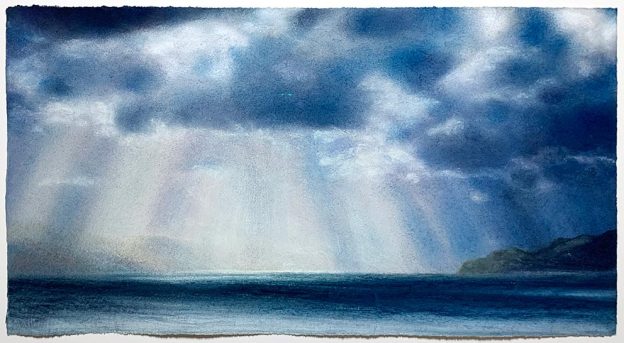 Rays and Rain, a view from Ardnamurchan (part iv)

Matthew Draper identifies himself principally as a draughtsman; drawing being the most unencumbered and immediate form of image-making. He has began to experiment with printmaking whilst on a residency in 2017 which has bought a new element to practice. His work is made with an intense and energetic immediacy, working instinctively rather than methodically, keeping him physically and emotionally involved in the process.

He is interested in and influenced by the dramatic imagery of eighteenth and nineteenth century painting. He admires the idea of the contemplation of landscape in the Romantic spirit, found in the work of the German Romantics like Caspar David Friedrich and the notion of the grandeur of the landscape as expressed in the work of the American subliminal painters like Sanford Robinson Gifford and Frederic Edwin Church. These artists adopted the term ‘Luminism’, defined as light in the landscape and the effect that light has on the landscape and objects within it.

As a contemporary artist choosing to adopt this approach to light in the landscape, his interest is not to make straight forward topographical images that are illustrations of place. Instead he is attempting to make imagery that is descriptive of the circumstances under which the subject is viewed; images which convey a sense of place. 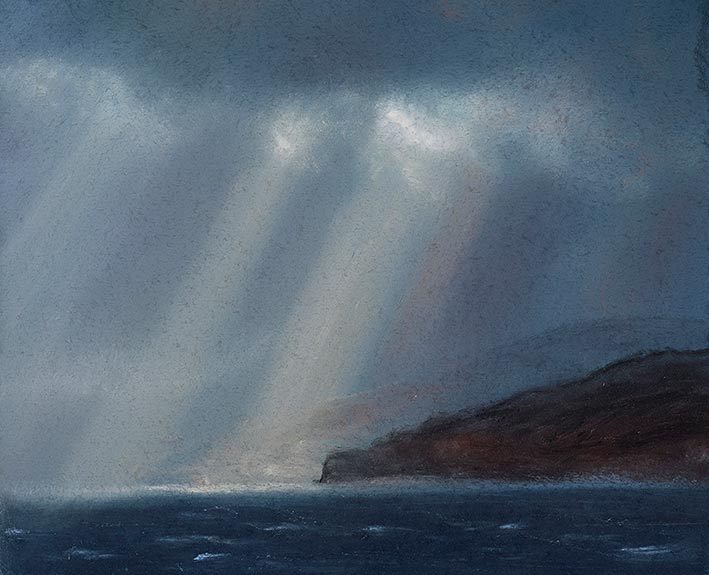 For a Moment - Crepuscular Series No5 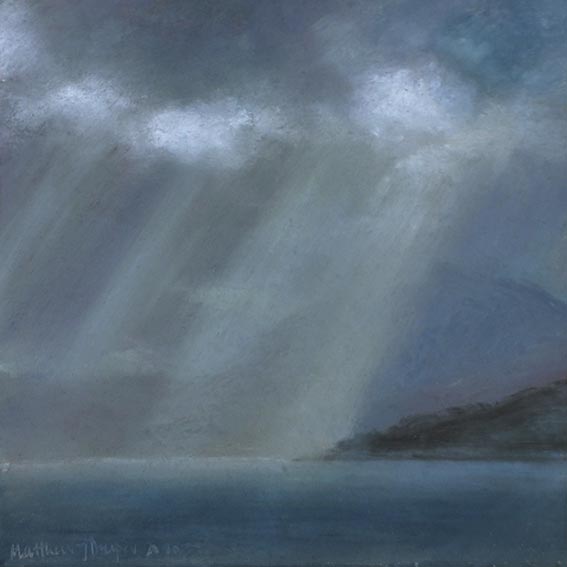