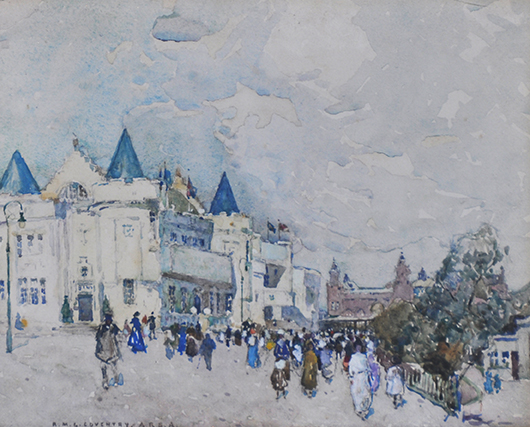 The Scottish artist Robert McGown (McGowan) Coventry (1855–1914) was born in Glasgow and trained at the Glasgow School of Art and in Paris. He travelled on the Continent and to the Middle East but found most of his subject matter in the fishing communities of Scotland and in the Scottish Highlands. He was not closely associated with the group of young painters known as the Glasgow Boys, but shared their interest in rustic realism, in painting in the open air, and in French-inspired tonal and compositional technique. He was based in Glasgow throughout his professional life. His work has not yet received a scholarly appraisal. 1 In 1889 he became a member of the Royal Scottish Society of Painters in Watercolour and in 1906 was elected associate of the Royal Scottish Academy, exhibiting regularly with both organisations and with the Glasgow Institute of the Fine Arts.