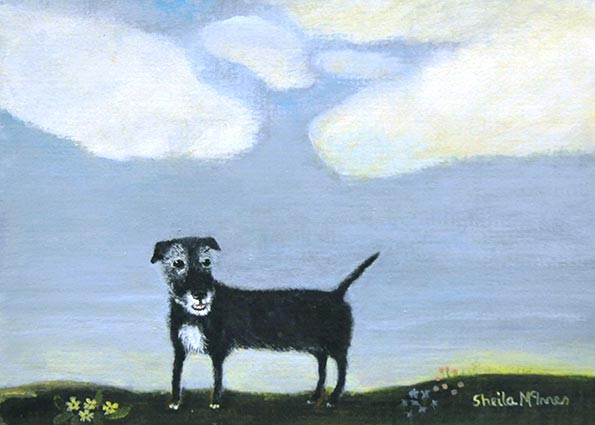 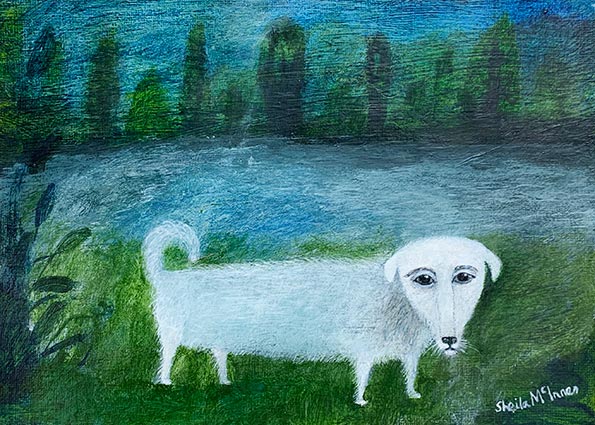 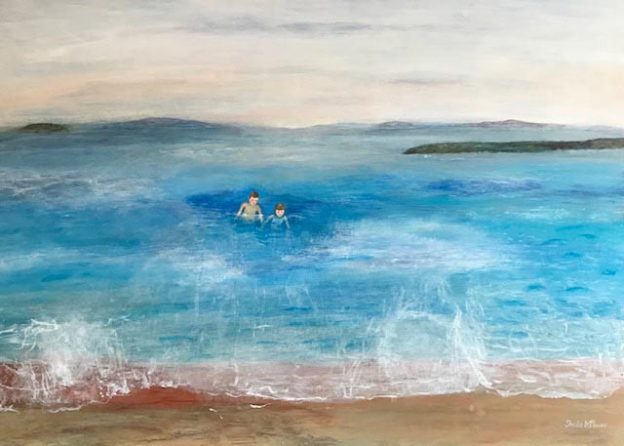 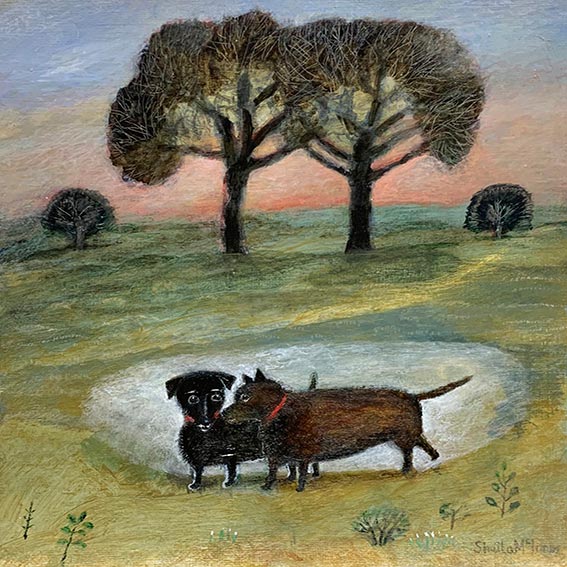 The Two of Us

Sheila McInnes was born in 1963 in Kirkcaldy, Fife. She qualified as an architect from Edinburgh College of Art in 1988 and worked in an architectural practice for six months but, wanting to follow her passion for painting and drawing, she decided to pursue a more artistic career. After working part-time, initially in a craft shop, followed by a job at a gallery in Edinburgh, Sheila began exhibiting her paintings in 1991.

Since then, Sheila McInnes has developed her highly individual style. Her subjects are very personal, everyday scenes of life captured in a moment, of people and dogs. Working in acrylic, she paints in layers and scrapes back using a varied choice of tools. Finishing with a varnish creates an ‘oil paint’ look to her work. Her work has been described as ‘a mixture of the naïve, the personal, and the sophisticated handling of colour and tone’.