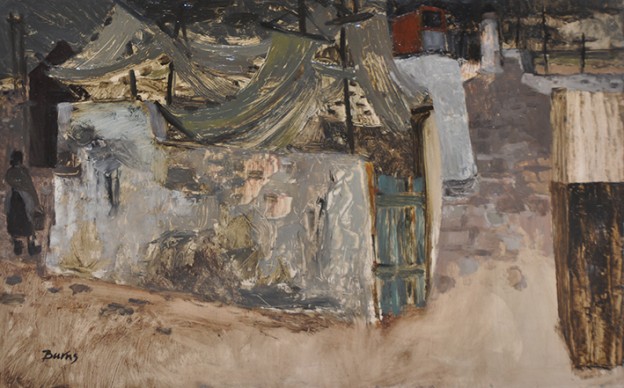 Burns trained at Glasgow School of Art in the 1940s and thereafter at Hospitalfield in Angus. He was one of a number of artists from the west who settled in the north-east of Scotland, along with Ian Fleming and James Cowie. Burns’ career was cut tragically short when his light aircraft crashed in dense fog.

Using his environment as a starting point, Burns increasingly explored abstraction and colour as means of expression. Early landscapes gave way to harbours and late in his career, Burns explored the mines along the east coast of Scotland with the benefit of a pilot’s bird’s-eye view.