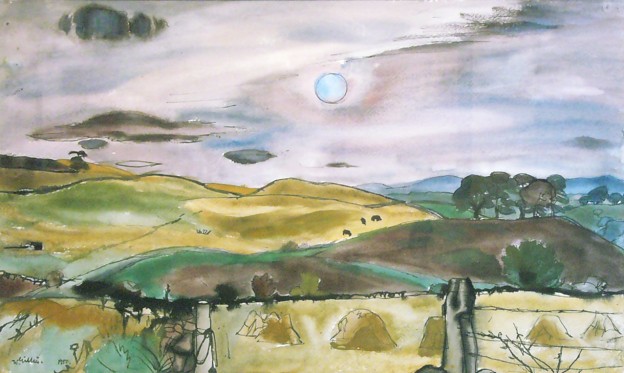 Sir William Gillies trained and taught at Edinburgh College of Art, and did the latter as principal. He was a great influence on many of the next generation of the Edinburgh School. He himself studied in Paris with Andre Lhote and absorbed, variously, the work of Munch, Matisse, Braque and Bonnard. Still life and landscape oils tend to be composed studio pieces of subtle complexity. Watercolours are lyrically observed renderings of the Scottish Borders based on decisive pencil or pen drawings or for larger works, executed alla prima.
Although he experimented with portraiture in his early career, Gillies concentrated principally on landscapes and still lifes. Gillies influence on Scottish painting of the twentieth century has been profound.