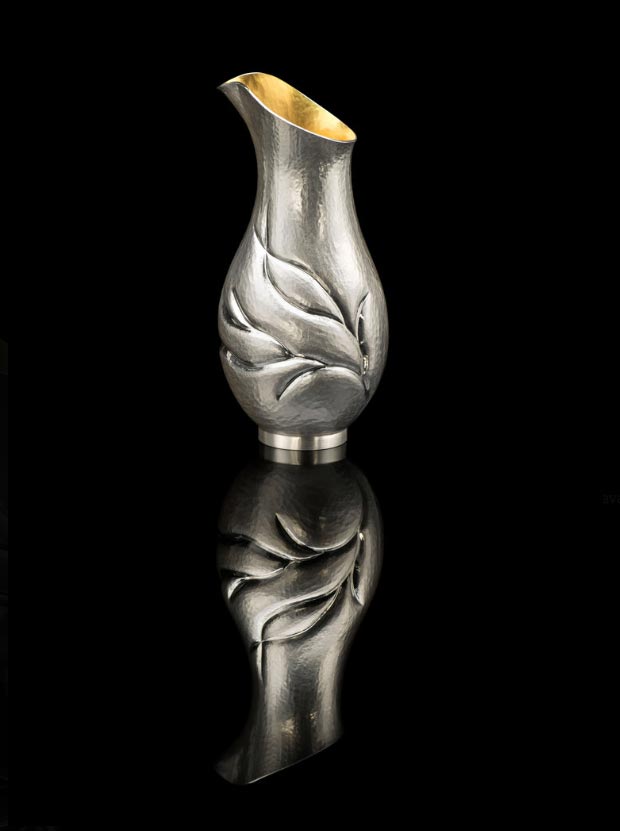 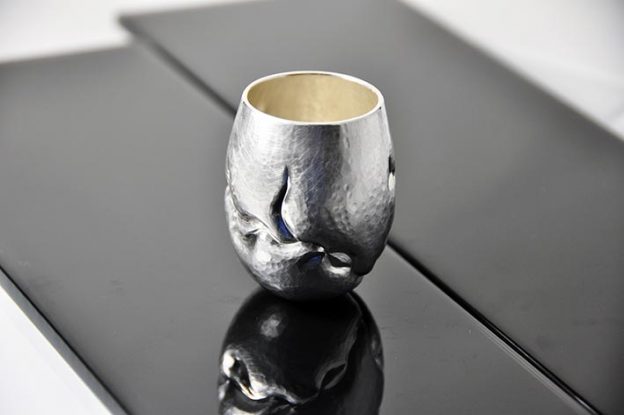 Abigail Brown has been producing contemporary designs in silverware and jewellery for fourteen years and has had work exhibited internationally at venues including the Victoria & Albert Museum, the Saatchi Gallery, Goldsmiths’ Hall and the German Goldsmiths’ House in Hanau. Her silverware has been included in a number of important events such as ‘Collect’ by the Crafts Council; the ‘Silber Triennale’ in 2010, and again in 2013, which toured Germany and Belgium for over a year; ‘Talente’ held at the International Trade Fair for the Skilled Trades in Munich; she was the only UK finalist for the ‘BKV Prize 2010 for Young Applied Arts’ at Bayerischer Kunstgewerbe-Verein e.V. also in Munich; and in 2015 she was awarded the Bayerischer Staatspreis (Bavarian States Prize). Abigail’s silverware and jewellery is widely collected and is included in the public collection of Amgueddfa Cymru – National Museum Wales in Cardiff. In December 2014 Abigail became a Freeman of the Worshipful Company of Goldsmiths’ and in June 2015 she received the Freedom of the City of London.

Abigail produces work predominantly in silver using traditional methods. She specialises in hand raised vessels, bowls and objects, as well as boxes and jewellery, using a hammer forming technique. Current research themes for her work include the human form, nature, and archaeology. In the course of her investigations Abigail looks at photography both her own and that of artists such as Imogen Cunningham and Karl Blossfeldt; observational drawings; Neolithic artefacts like the ‘Venus’ figures; and bronze age weaponry.

Her Jewellery is currently focused on the themes of ‘Silversmithing for the Body’ – using traditional silversmithing techniques to create large pieces of jewellery or ‘sculpture’ for the body or domestic environment. The theme of ‘the Body as a Landscape’ is also a recurring source of inspiration and investigation – the relationship between our selves as humans and nature; the relationship of the jewellery with the body; the placing of that jewellery within the landscape of the body; and the landscape of the Earth perceived as a human body. 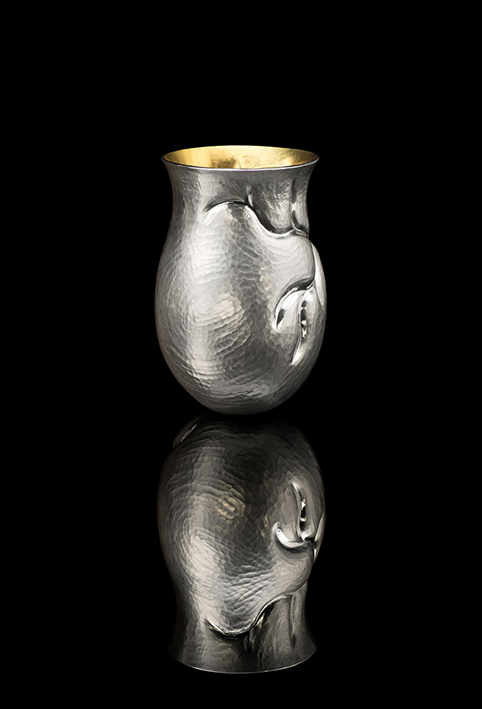