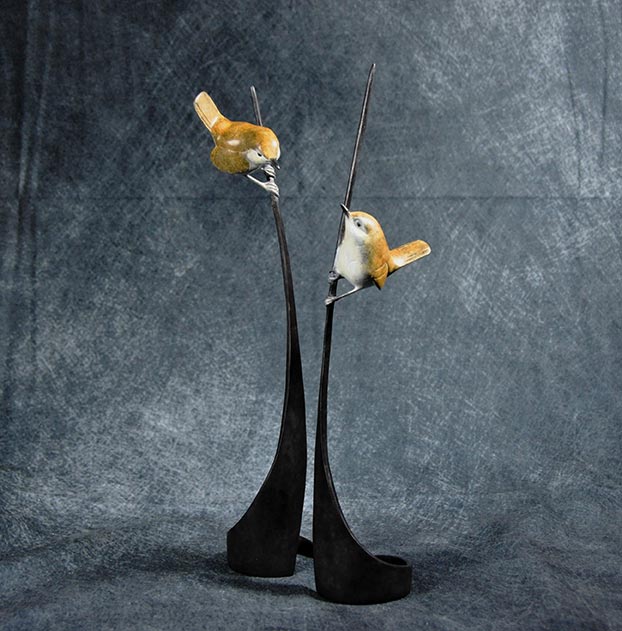 Wren on a Reed

David Meredith was born in Leicester, England in 1973. He was educated at the Leicester College of Art where he aspired to a job as an illustrator. However, a chance meeting with his future employer at the end-of-year exhibition led David to a career in the pewter industry. He has worked as a sculptor professionally for the past 16 years.  David started as an apprentice model-maker working in minute detail for the jewellery and giftware industry. Within two years he had become the head sculptor but he felt it was the right time to leave and pursue his own work through galleries and private commissions. He did continue to work for the giftware industry in a freelance capacity and sculpted for many of the leading names of the time. One of his favourite commissions was working on projects for theme parks, including a fifty foot dragon for a rollercoaster ride; “it’s not everyday you get to work on something that big – I loved every moment of it!”  David now concentrates his efforts on wildlife sculpture produced in bronze which is exhibited in galleries nationwide. He is a passionate supporter of many wildlife charities. 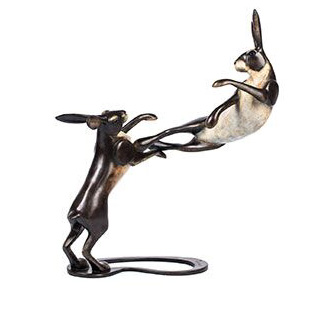 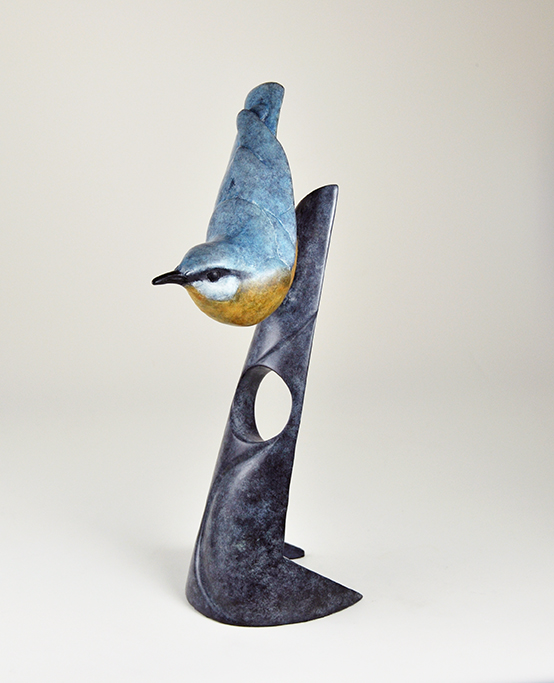 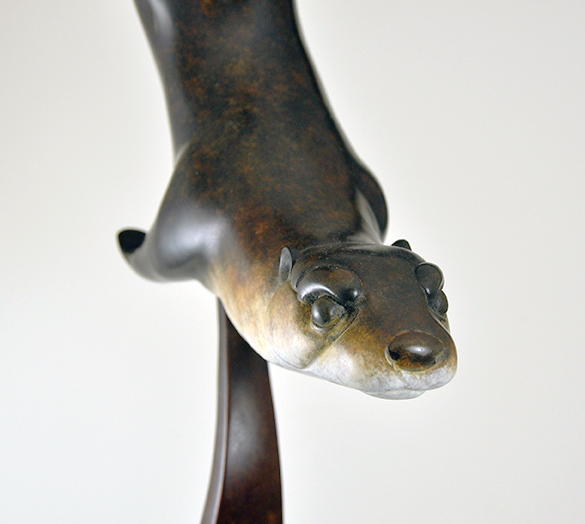 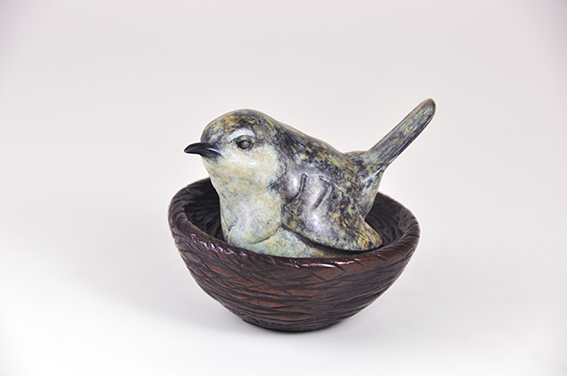 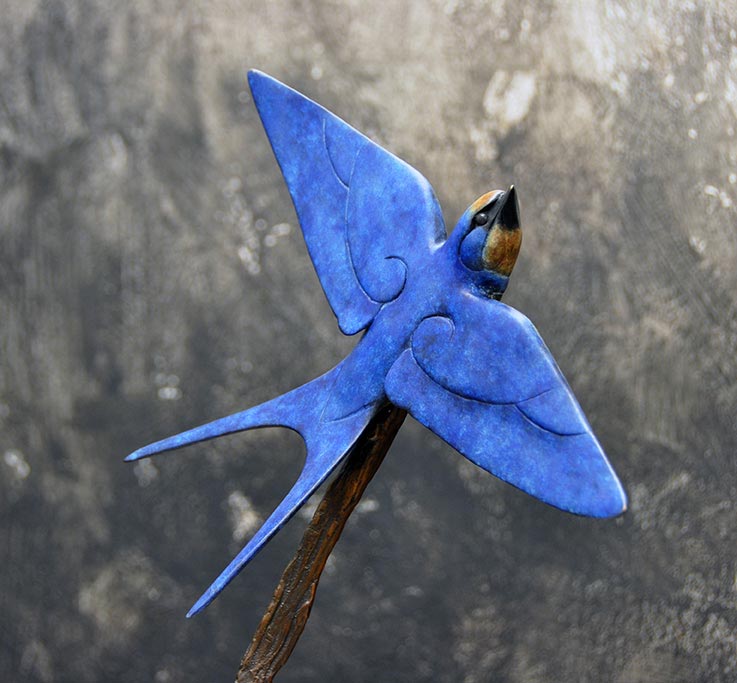 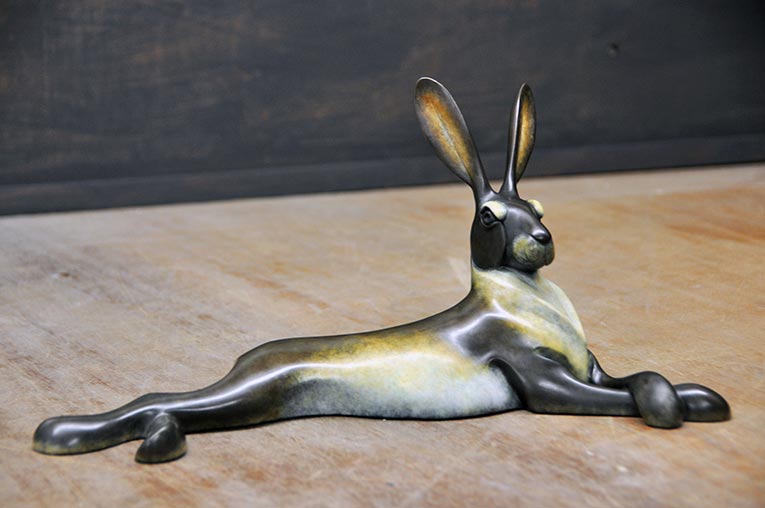 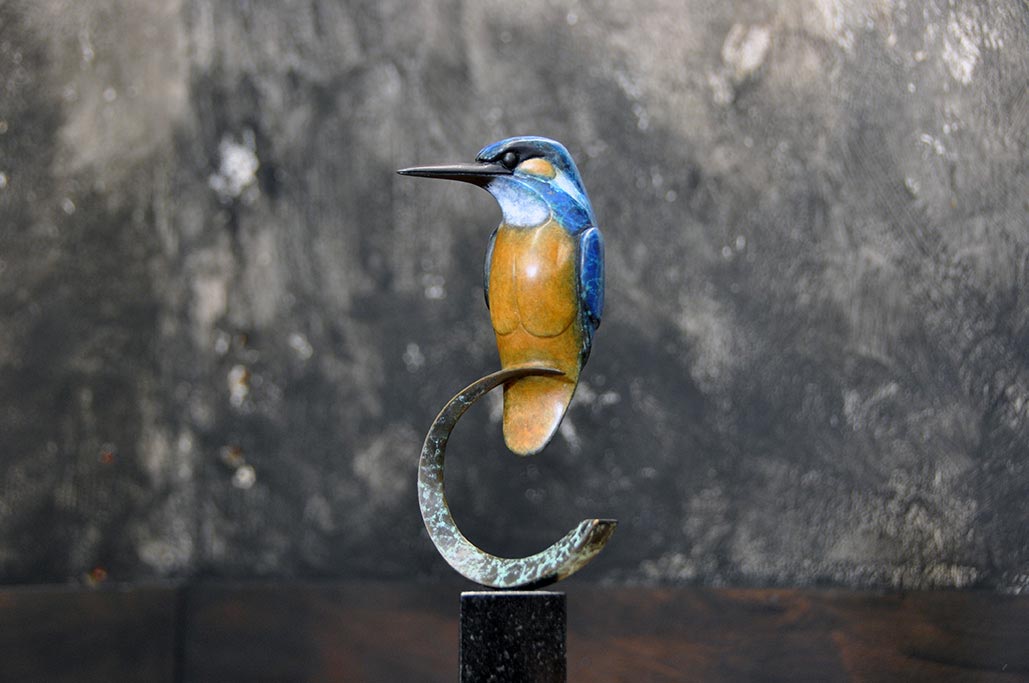 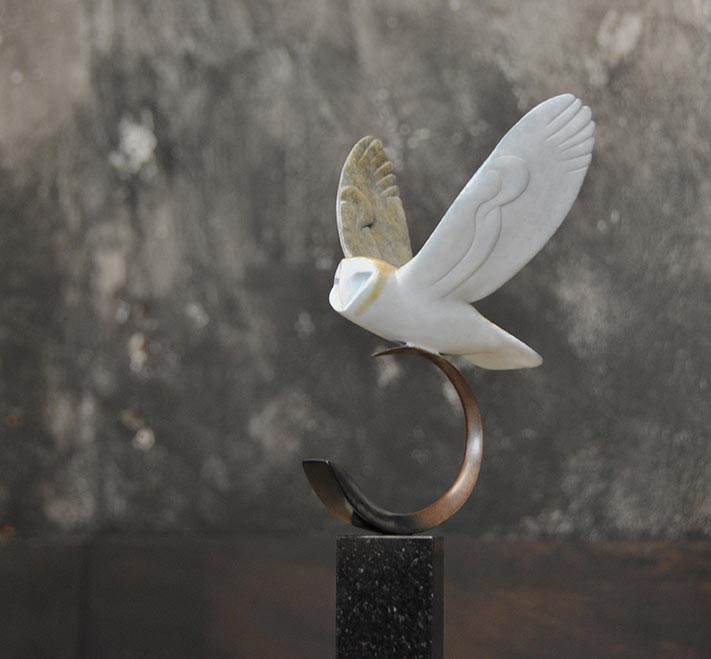 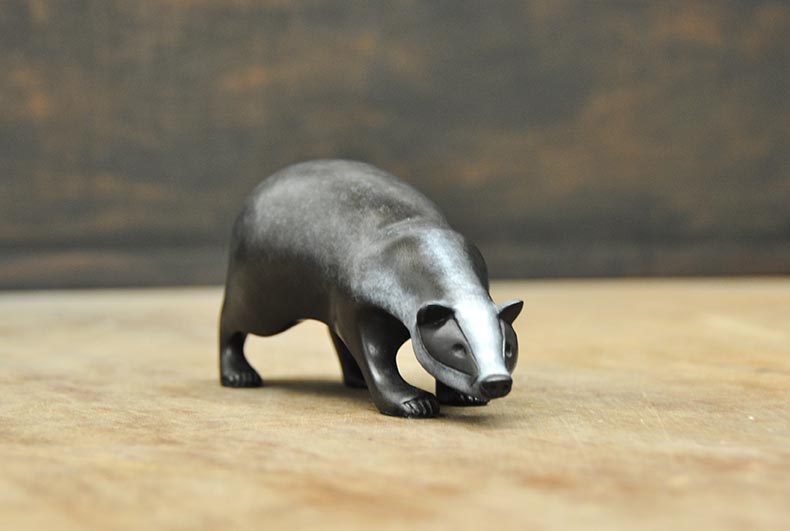 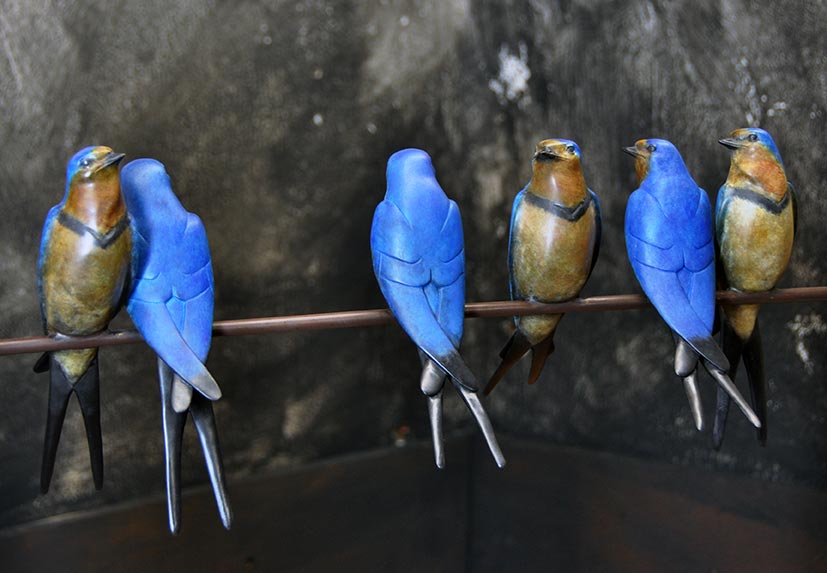 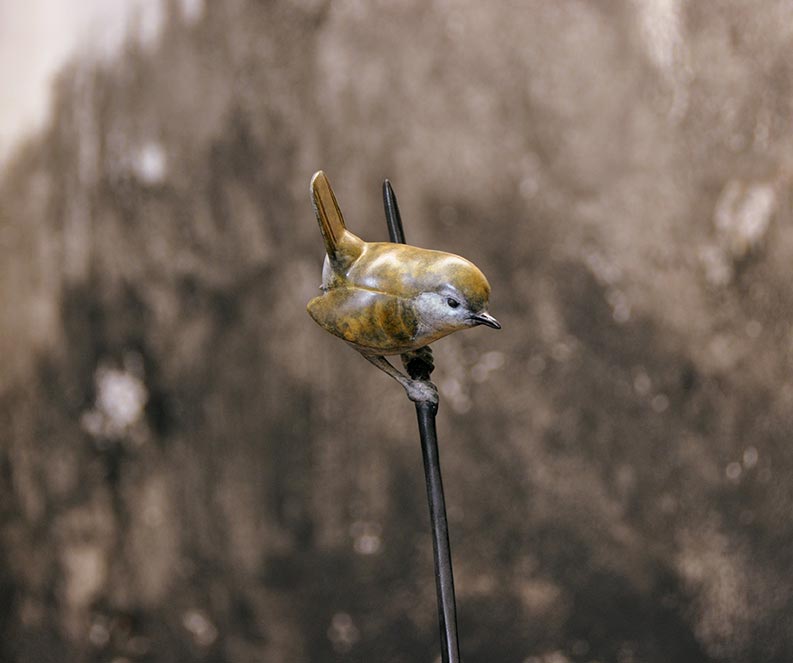 Wren on a Reed 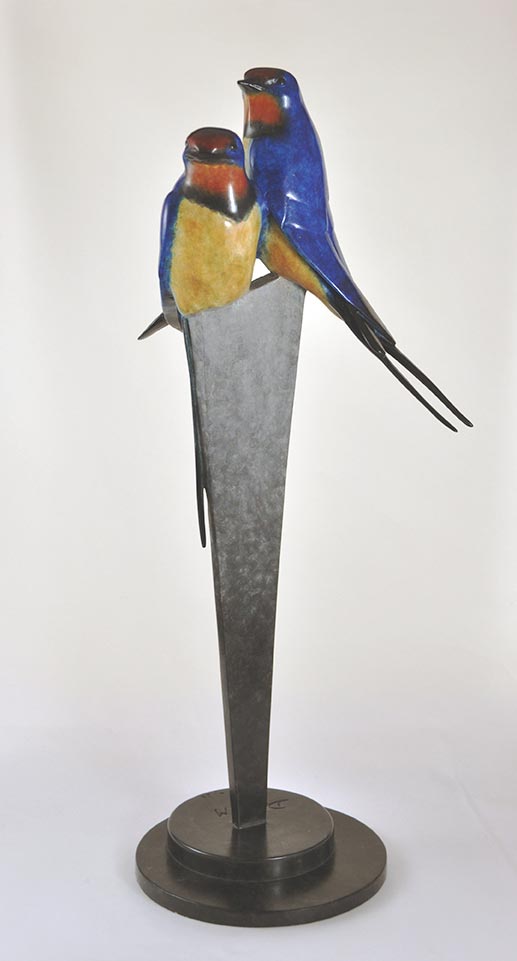 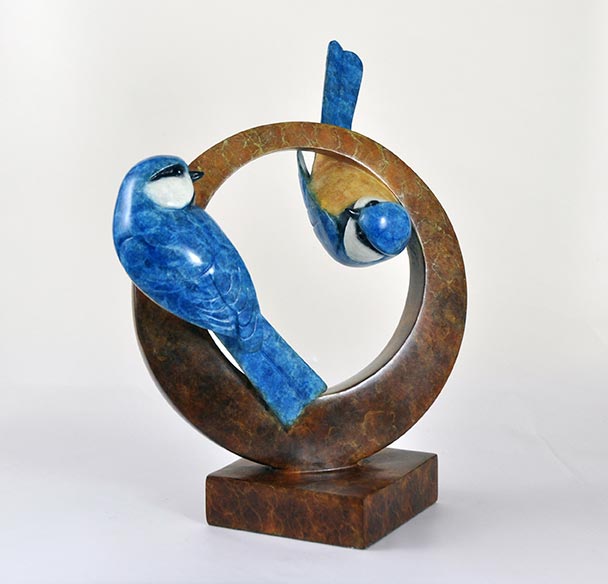 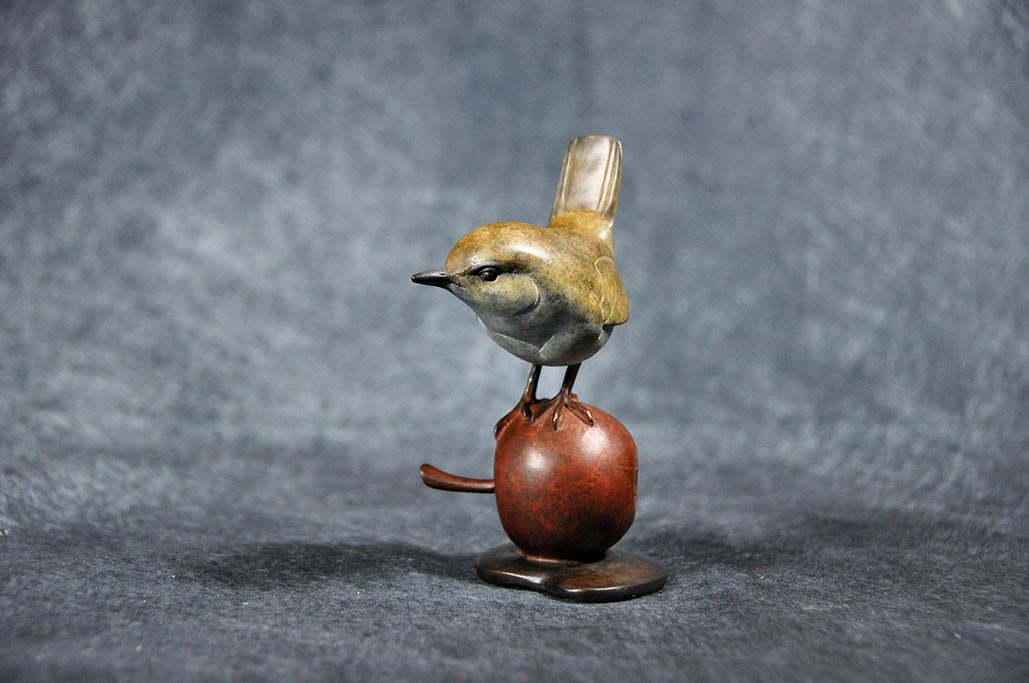 Wren on an Apple 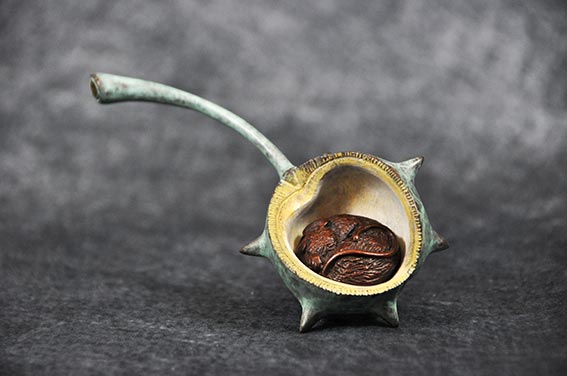 Dormouse in a Conker 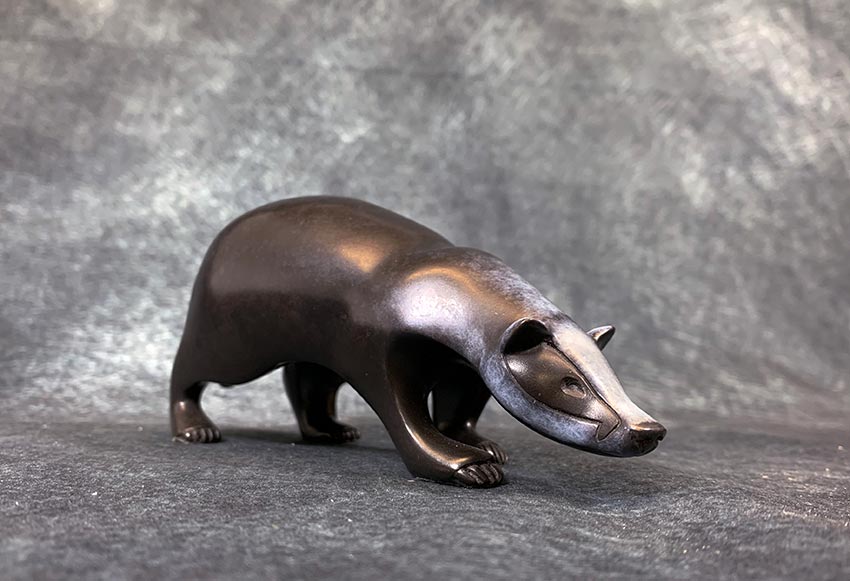