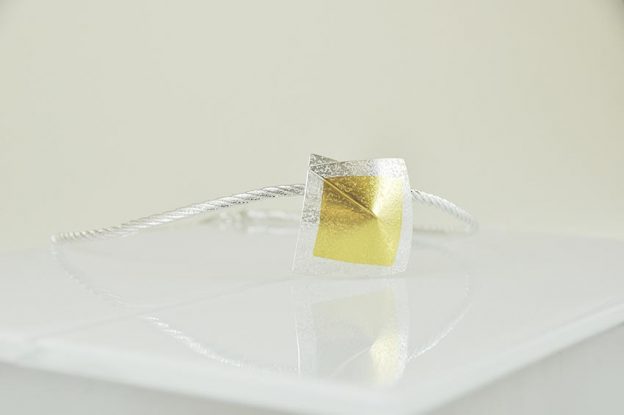 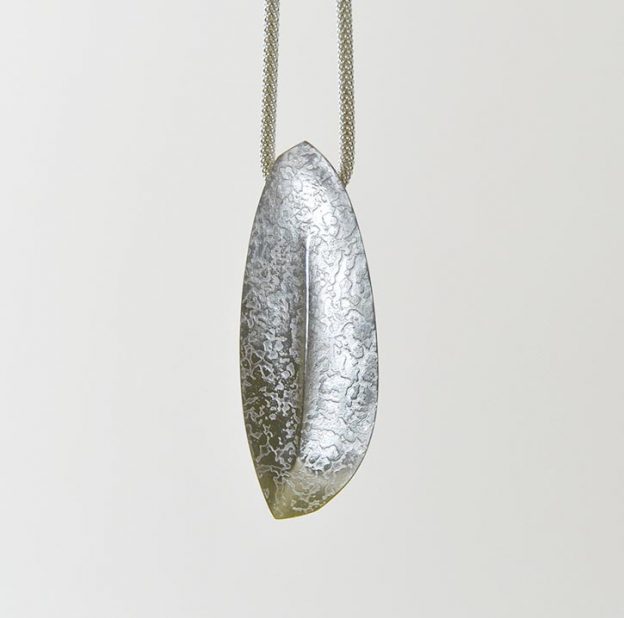 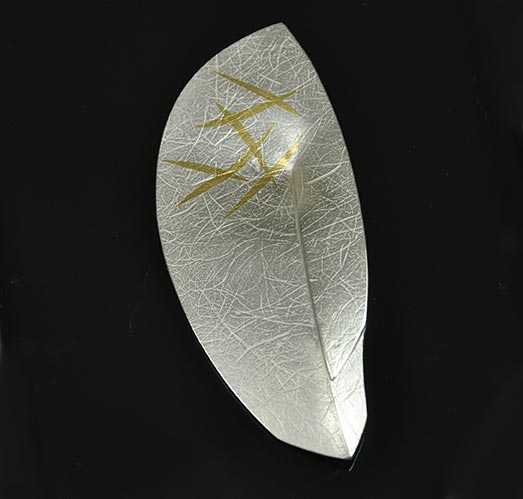 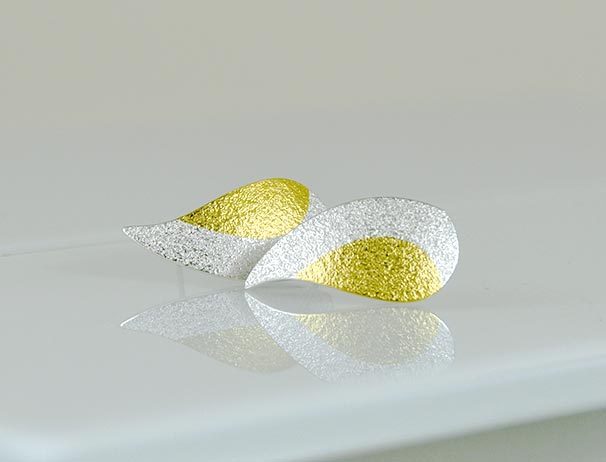 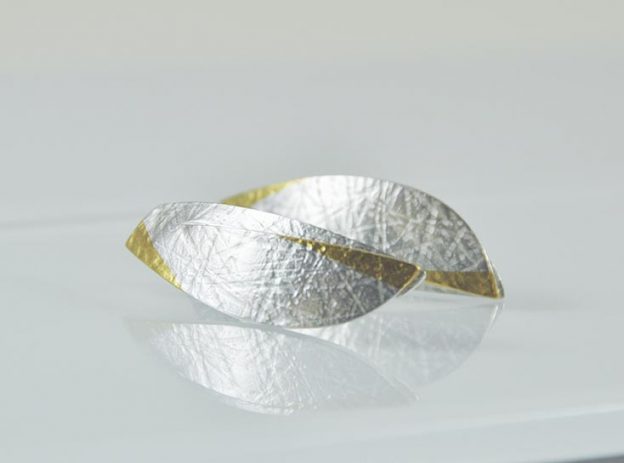 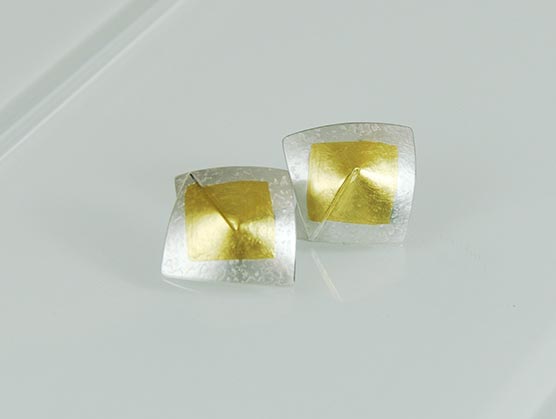 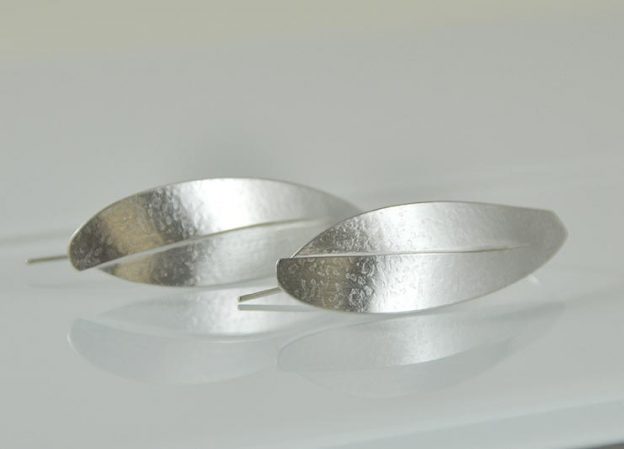 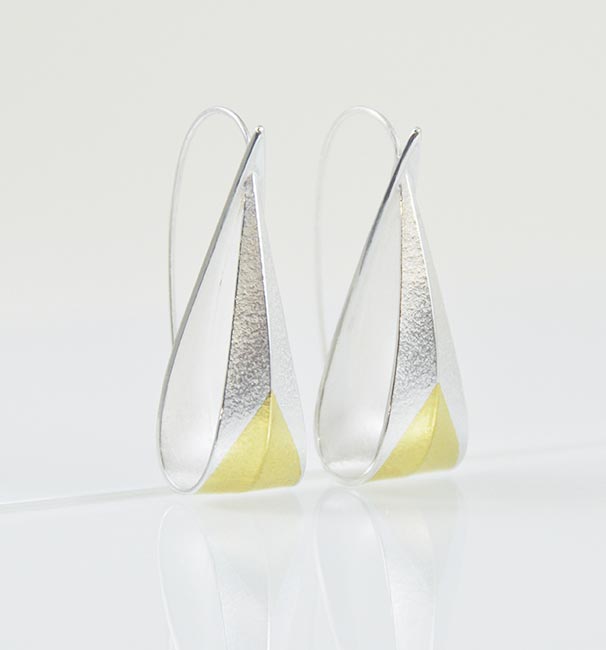 Esther Lord’s sculptural silversmithing is inspired by the spatial interaction between objects, structures and patterns in the natural and human landscape. She is also fascinated by the effects of light on surfaces. Silver is a very beautiful and highly responsive material. Folds combined with textured and acid etched finishes emphasise its reflective qualities.
Her signature techniques involve hand scoring, mostly drawn free hand, achieving fluidity rather than hard geometry. Her pieces are constructed from a flat sheet of silver, scored with tools hand-made by Esther and formed over a wooden former.

Lord’s commissioned pieces are owned by The Goldsmiths Company’s Modern Collection, and the Museum of Modern Art & Design, Munich, where she gained recognition after winning the Bavarian State Prize and Talente Award. Esther has also received awards from the Goldsmiths Company, the Arts Council, and The British Jewellers’ Association. 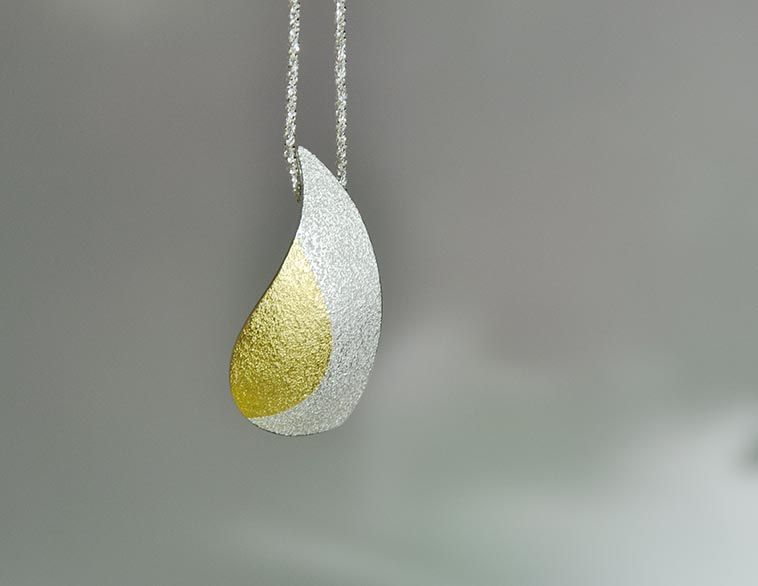 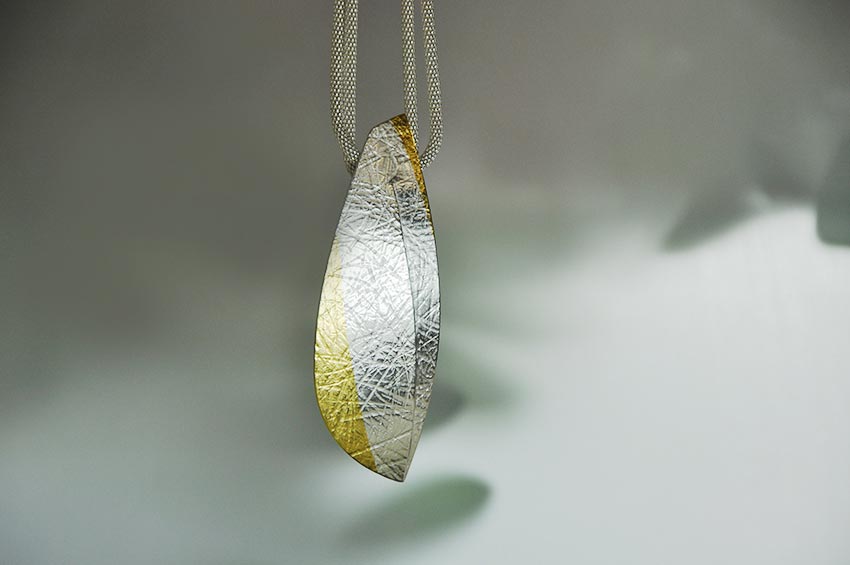 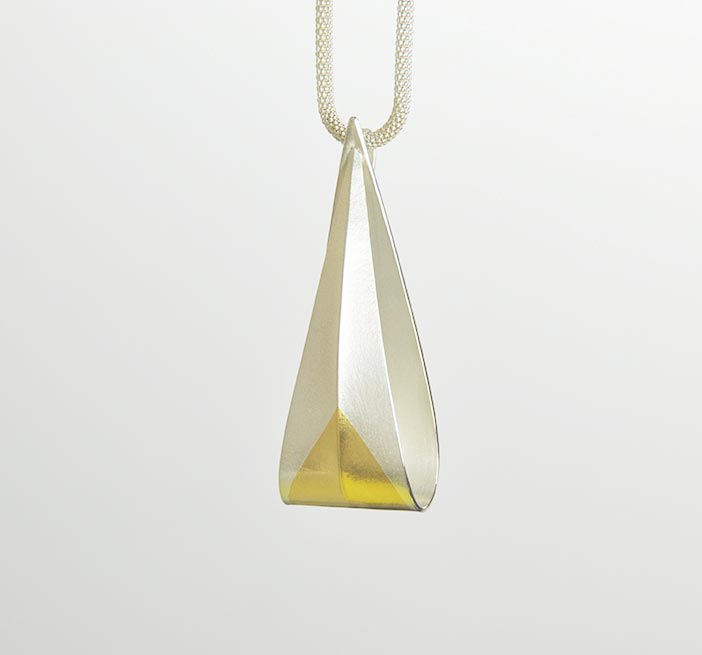 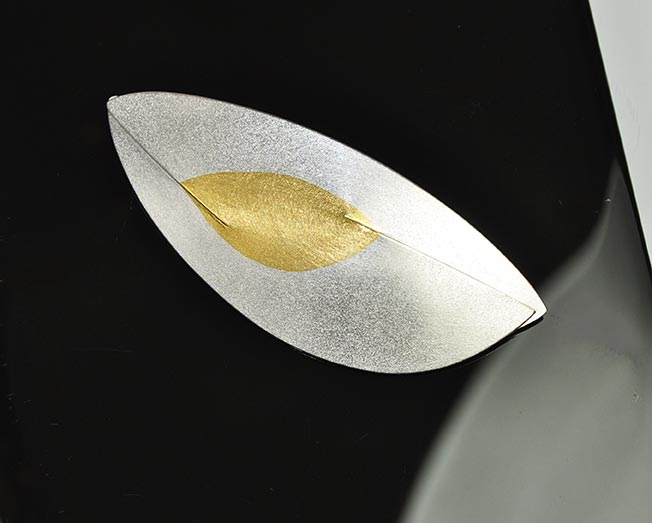 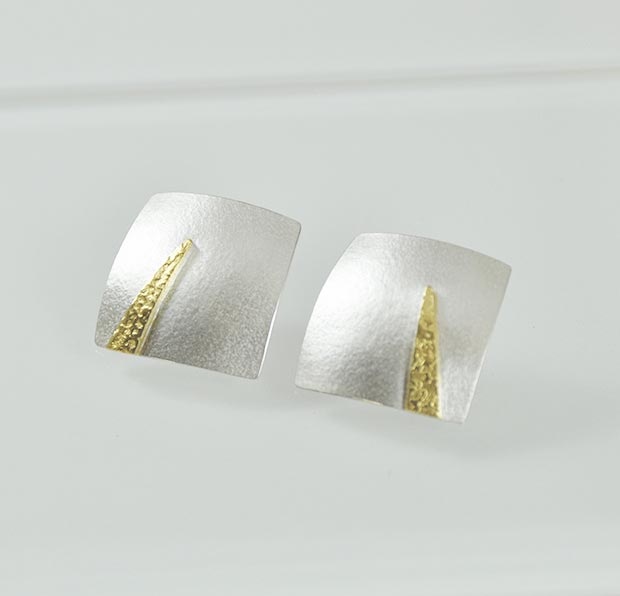 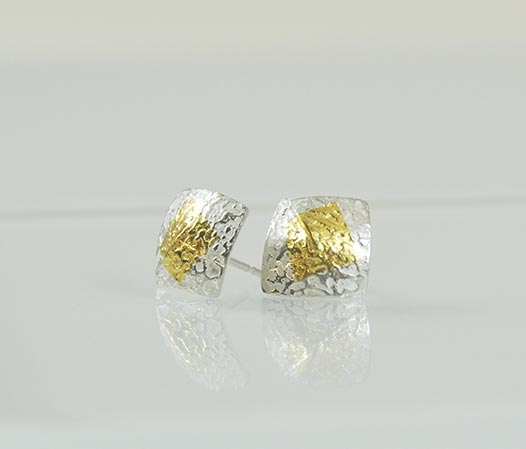 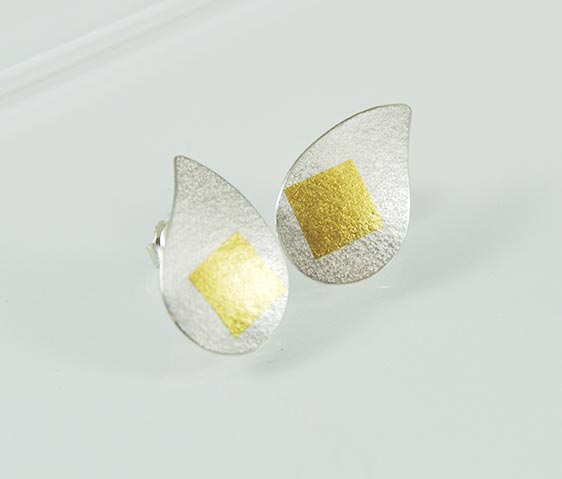