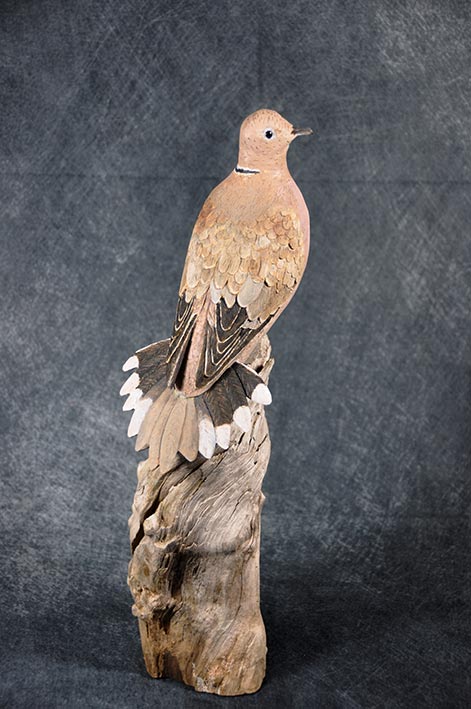 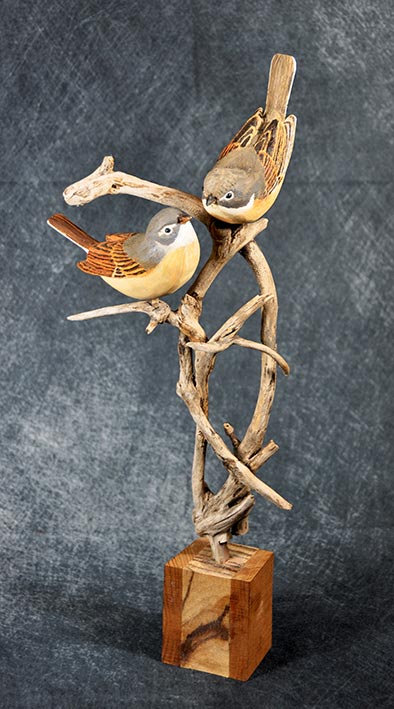 John carves birds in wood, enjoying their shape in the hand, and the coast is vital to him.  Living near an estuary at Prestatyn, he favours shore birds.

He began woodcarving in 1977 after a year in Michigan where he came into contact with the decoy tradition.  During further year-long visits, he worked with carvers in Washington and Utah.

In time his wife Marilyn joined him and he has learned to appreciate her use of colours, particularly their mutedness, her eye for shape and, generally, her role as trusted advisor.  A pyrography tool is used to suggest the texture of the feathers, followed by thin washes of acrylic paint. 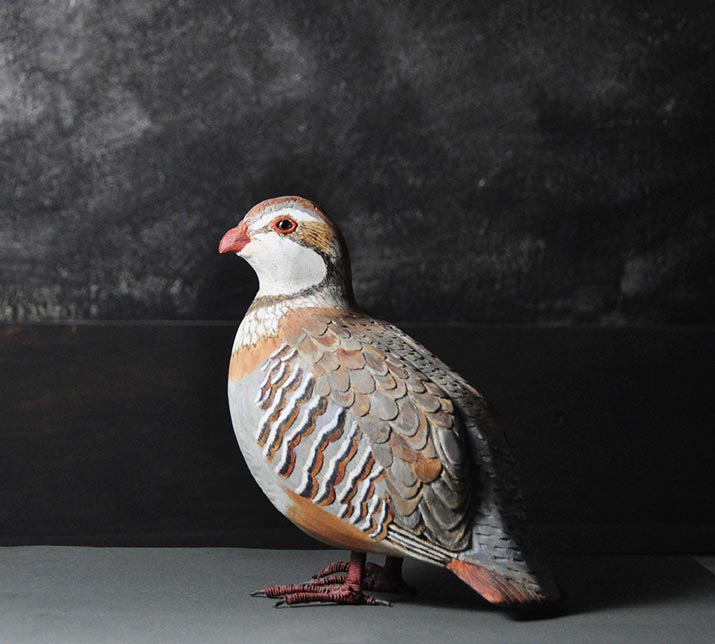 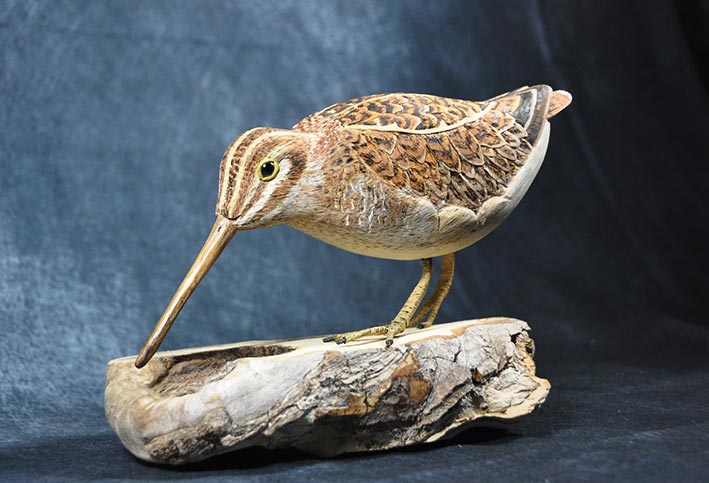 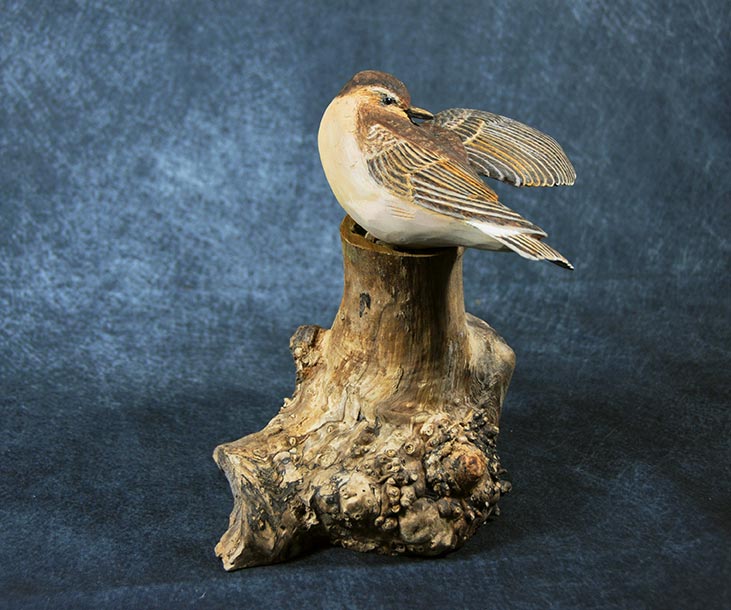 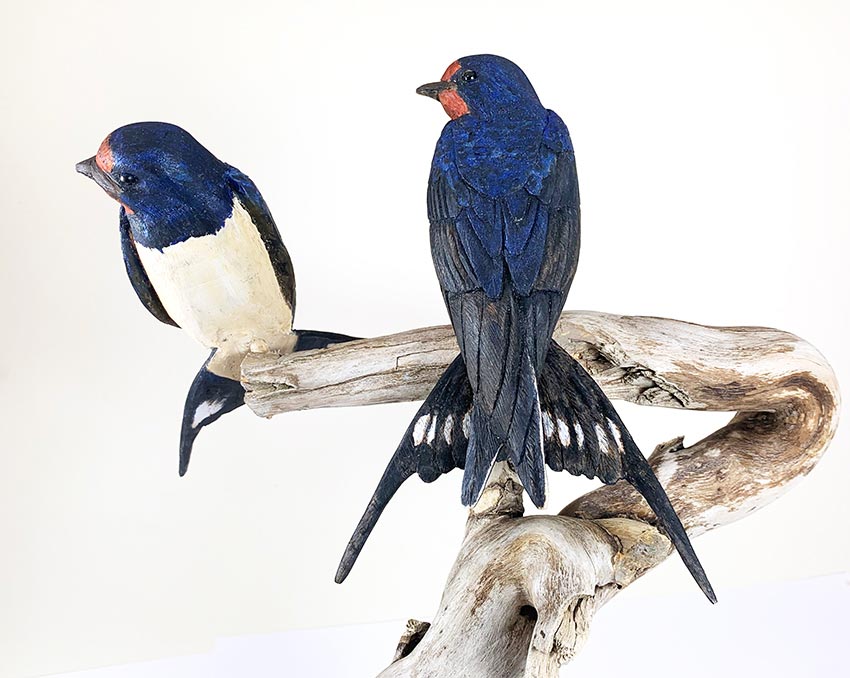