Graham Muir was born in Edinburgh in 1961 and began his training in glass at Edinburgh College of Art where he graduated in 1983. Graham Muir is one of the leading lights of contemporary British glass and he has been the recipient of numerous awards, has exhibited internationally and has work in public collections.
Some of Graham Muir’s larger glass pieces are so impressive that they seem almost to belong in a museum. His recent wave forms, some of which weigh as much as 10 kg, push glass production to the technical limit. This technique of blown and carved lead crystal is pretty much his own. As he says “nobody else is fool enough to try it!”. 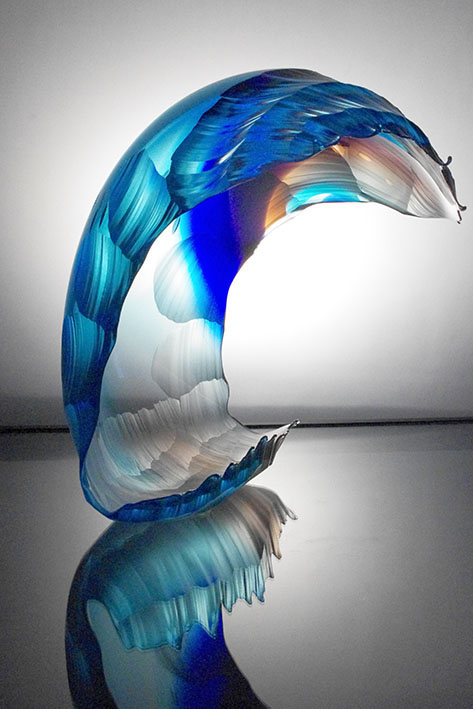