In 1988, her profile was raised when she made “Seven Glasgow Dogs” for the Glasgow Garden Festival, which resulted in a long list of public and private commissions.

She is the winner of several awards including the Saltire Society Art in Architecture Award (1992) and the Association of Landscape Industries Sculpture Award (1999).

She was elected an R.G.I. at the Royal Glasgow Institute of The Fine Arts in 2009. 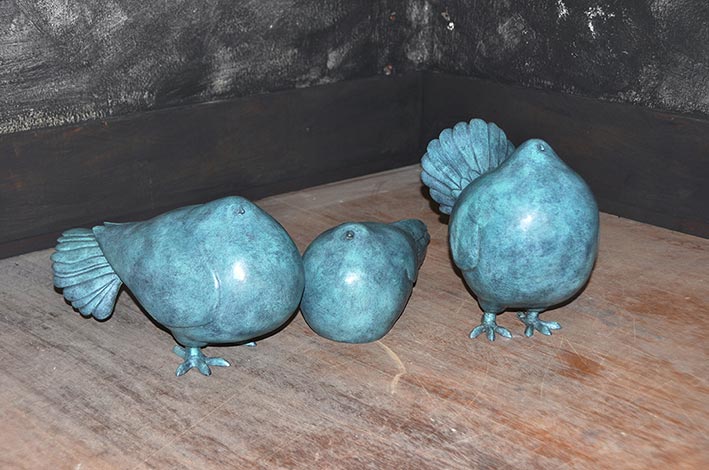 A Trio of Pigeons