The world of Wa was born during the artists self imposed stint in rehab for alcoholism where his therapist encouraged his creativity to help express his inner self. The result of this kept growing and the Evolution of Wa began.
Revisiting his childhood was central to his recovery and the toys of this time, or his interpretation of them, populate the world of Wa.
A photograph of the artist as a boy dressed in his favourite cowboy outfit is another important influence and many of the characters are seen wearing costumes. Spaceman, Clown, Indian, Magician, Super Wa. My favourite is a wee lion which is part of the Boy Named Sue piece.
It’s a window that needs to be seen. I do hope you get the chance to experience it. 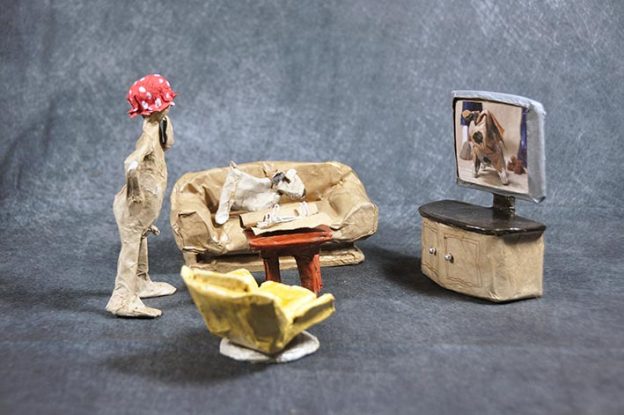 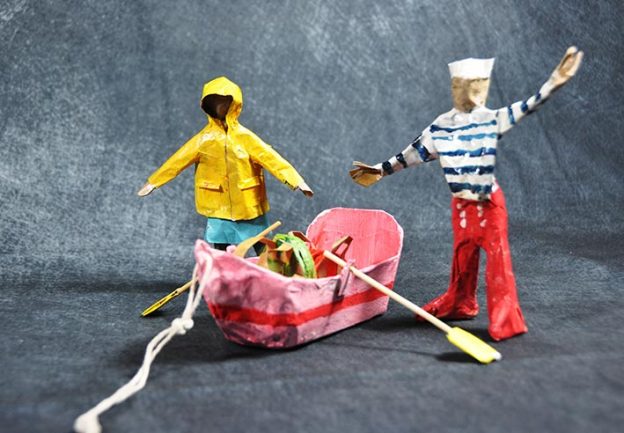 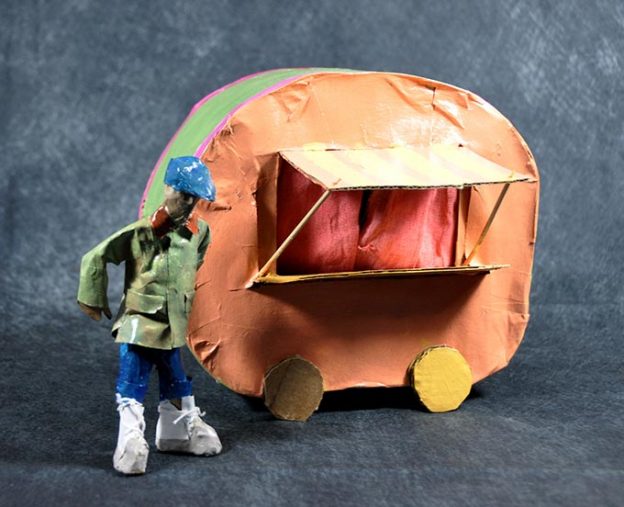